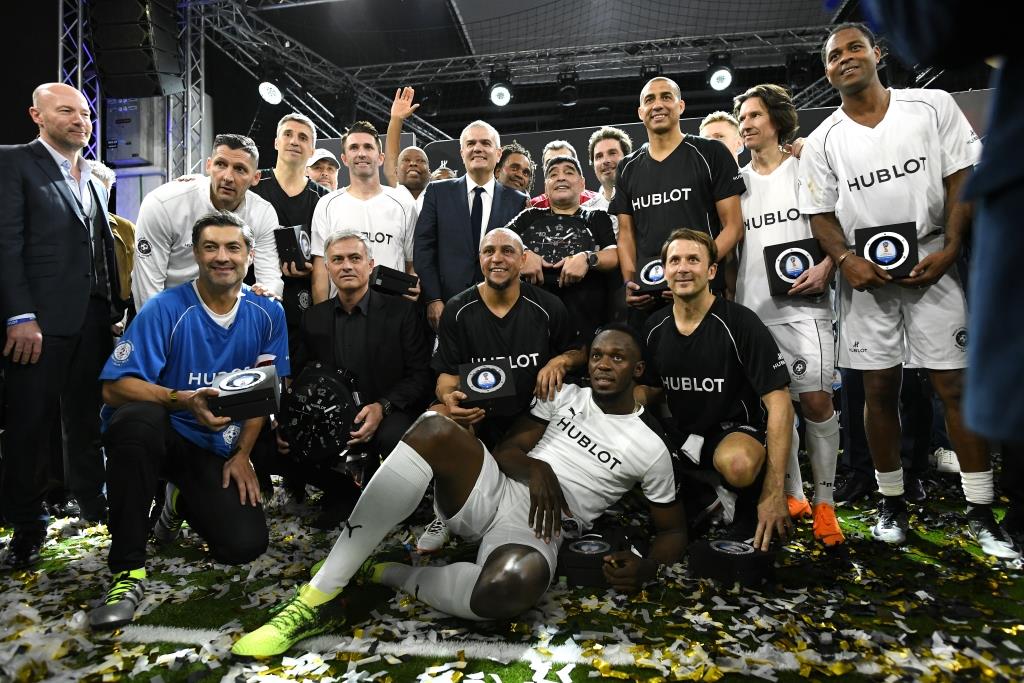 On the eve of this year’s Baselworld and less than three months away from 2018 FIFA World Cup, luxury watchmaker, Hublot hosted a soccer Match of Friendship that united legendary athletes and brand friends.

Hublot turned Hall 4 at the world’s largest watch and jewelry show into a soccer pitch, where the two teams, led by Diego Maradona and Jose Mourinho, respectively, faced off.

“This was the dream and Hublot has made it a reality,” said Hublot CEO, Ricardo Guadalupe in a press statement. “This match is everybody’s dream. Seeing the friends of the brand, legends on the pitch playing football, bringing together legendary sportsmen who have never played together for this exceptional encounter, creating two teams for a Match of Friendship, all this is more than we could have hoped for! What better proof of how football can bring people together!” 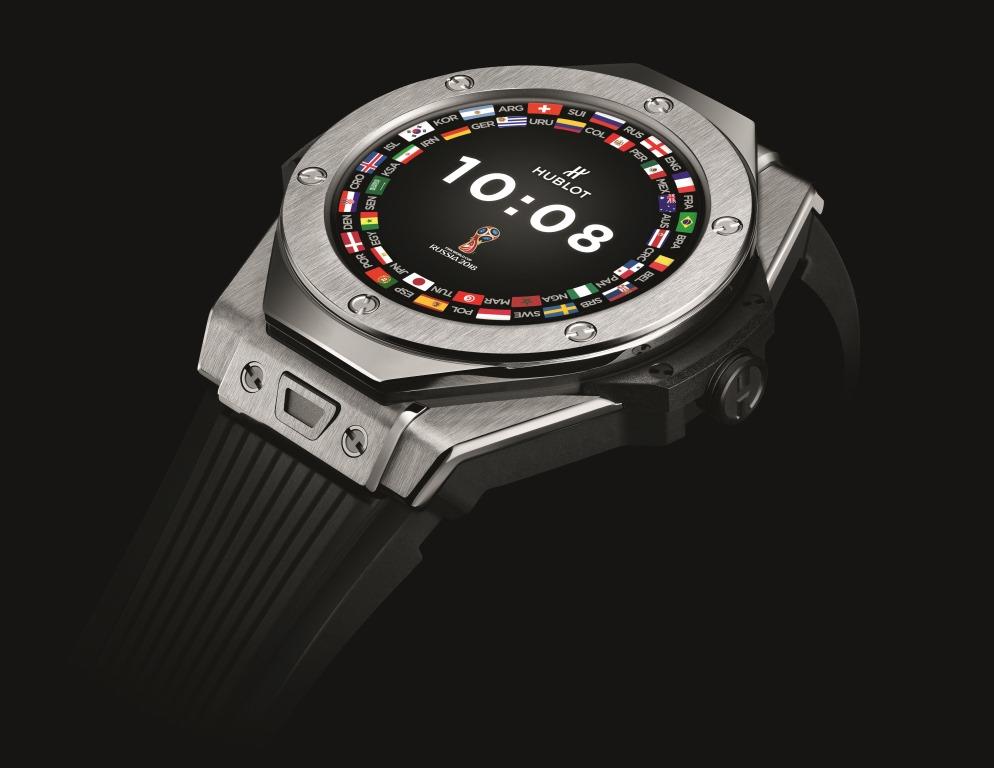 The 49mm OS Wear watch pairs with both Android and Apple operating systems, boasts an AMOLED screen, and packs up a myriad of sensors – from an accelerometer to a gyroscope. The ingenious Big Bang model will rest on the wrists of the referees during the upcoming FIFA World Cup, where Hublot is to serve as the official timekeeper.

The watch proved its tech capabilities during the Match of Friendship, which featured a half-time performance by the famed Polish “Freestyle Football” group and concluded with music gigs by the Cuban hip hop band, Orishas and DJ Teddy-O.

OMEGA Celebrates Its 50th Anniversary With A Star-Filled Event