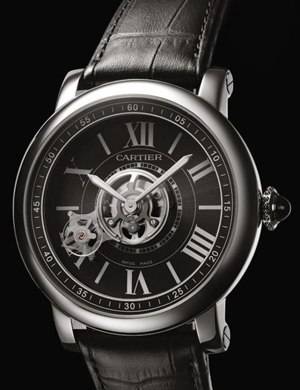 In the male-dominated, testosterone-fueled world of watches and watchmaking, it’s easy to think that the imagination and drive to innovate must be an exclusively male domain. But one of the most creative and fertile minds in the watchmaking world belongs to Carole Forestier, who currently plies her trade as the mastermind behind the development of new movements and watches for Cartier. Cartier may evoke images of its iconic Tank, Santos or Pasha watches, or of the icy combination of platinum and diamonds which it pioneered in the beginning of the 20th century, but in recent years the timepieces in its Fine Watchmaking Collection–developed under Forestier’s watchful eye–have garnered it newfound respect and recognition for what insiders have known all along: the world’s most renowned name in jewelry is also a force to be reckoned with in watchmaking.

In tandem with developing new watches for its Fine Watchmaking Collection—a collection which includes everything from exotic tourbillons like the Astrotourbillon to beautifully traditional perpetual calendars to never-before-seen complications like its Astroregulateur—Cartier and Carole Forestier have also pursued innovations in materials and basic watch design which yielded, in 2009, the remarkable concept watch known as ID One. ID One was designed to be the first mechanical watch in the world to need no adjustment for accuracy–either at initial assembly or during actual operation–by a watchmaker. To achieve this, it employed new materials, including a form of synthetic diamond dubbed Carbon Crystal, and a hairspring made of an exotic glass/ceramic composite called Zerodur, which was originally developed for use in enormous astronomical telescopes. 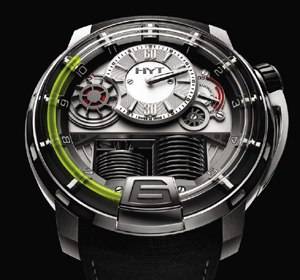 GO WITH THE FLOW: THE HYT H1

How wrong I was. Ironically enough my mind was changed in Las Vegas, where I was sitting at the Wynn when HYT’s CEO Vincent Perriard himself breezed by, spotted me and stopped. He had a prototype of the HYT H1, and showed it to me with unadulterated glee.

I was hooked. The truth is, you can’t love clever machines that tell time without getting hooked on H1. The most fascinating part of the watch, of course, is that fluid indication of time. Here’s how it works: the time is shown by the meniscus–the surface-tension shaped end–of a luminous green fluid flowing through a transparent tube set around the periphery of the dial. The trick is that there are actually two fluids: one is the visible green fluid that shows the hour, and the other is a transparent fluid that takes up the remaining space in the tube.

Two bellows connected to opposite ends of the tube act as reservoirs for the fluid; as the one containing the transparent fluid expands, the one containing the fluorescent fluid contracts, advancing the fluorescent fluid as time passes. The entire system is thus closed and hydro-dynamically stable. The two fluids contain molecules with opposite electrical charges to prevent them from mixing.

There’s a conventional minute indicator on the dial, as well as a power reserve indicator and a turbine-like disk showing the running seconds. Turn the watch over, and the beautifully designed movement is revealed. It’s been given a surprisingly traditional finish, which combined with the bellows system and unusual movement architecture gives the watch a kind of steampunk appeal that I found instantly irresistible. 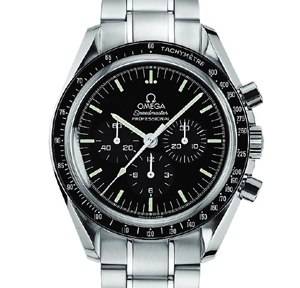 Haute Time’s stock in trade, as our regular readers know, is the new and the cutting edge. But sometimes it’s worth looking back at watches that aren’t just a part of history, but have helped make history happen.

The Speedmaster Professional is the working watch par excellence, and it was designed with an understanding that good aesthetics make for good utility. Like the old Leica rangefinder cameras, the Speedmaster’s great aesthetics were the result of an insistence on form-follows-function integrity.

The first Speedmasters were released in 1957, and they were designed originally for automotive enthusiasts, not for use in aviation. And it goes without saying, they weren’t designed for use in outer space. It was in space, however, that the Speedmaster earned the nickname by which the basic model—still in production, with only minor changes after all these years—is known: the Moonwatch.

The Speedmaster was worn by Gemini and Apollo crews, as well as Apollo-Soyuz and Shuttle crews; it is qualified by NASA for all manned space flight and was the first watch worn on the moon. It remains the only watch ever flight qualified by NASA for EVA (that is, wear on the outside of a spacesuit when outside a spacecraft).

The most famous moment in the Speedmaster’s history, of course, was during the ill-fated Apollo 13 mission. As we all know, an explosion crippled the spacecraft, forcing the crew to use the attached Lunar Module as a lifeboat. With no battery power for cabin instruments, the crew had no way of timing critical course correction engine burns other than their Speedmaster chronographs–which worked so well that Apollo 13’s splashdown was only four miles from the recovery ship Iwo Jima.

The most amazing part of the story? You can still buy it today. Not just a part of watch history but a part of American history itself, the Speedmaster Professional–the classic Moonwatch, reference 3570.5000, in stainless steel–is like no other watch on Earth or off it. 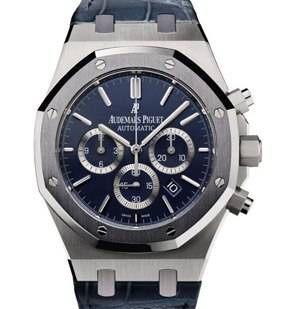 There’s an elegance to soccer that makes it a natural ally to the world of fine watchmaking. The incredible finesse the sport demands of its players finds its counterpart in the taming of power and precision in detail of mechanical watchmaking, where flawless execution is not a rarity but the standard.

Leo Messi is an extraordinary athlete: born Lionel Andrés Messi in Argentina in 1987, he plays for FC Barcelona and is the captain of the Argentine national team. A winner of numerous awards and accolades for his accomplishments as a player and leader, many colleagues and fans alike have called him one of the best, if not the best, soccer players alive.

His relationship with Audemars Piguet is as passionate as his game. Messi received his first Royal Oak as a gift from the managers of his club in 2005, began collecting Royal Oaks enthusiastically and became a brand ambassador in 2010.

Most recently, Audemars Piguet and Messi have announced their collaboration on his first limited edition series of watches for AP: the Leo Messi Limited Edition Royal Oak Chronograph. It’s actually three watches: 500 in steel, 400 in pink gold and only 100 in platinum. The watches are not Royal Oak Offshores, but true Royal Oaks; though, unusually, they are being delivered with straps rather than the signature metal bracelet.

A detail shared by all three watches is the presence of a bezel made of tantalum, an exotic metal that’s extremely hard (6.5 on the Mohs scale) and also extremely resistant to corrosion. Tantalum is noted by chemists for its ability to resist almost any acid. Its blue-gray luster gives the watches an idiosyncratic allure amongst the more conventional, steel bezel models. Inside is the extra flat selfwinding chronograph movement Audemars Piguet calibre 2385, offering a 40-hour power reserve.

Its toughness and discreet but distinctive elegance make it a fitting horological homage to Leo Messi.

Sotheby’s Tour of Asia Comes to Hong Kong in October