It is hard to believe but the Richard Mille RM 022 Tourbillon Aerodyne Dual Time has already been on the market since 2010. Even among the progressive and impressive line-up of Richard Mille, it is a model that gets noticed. As is always the case the brand, the reason for this is the complications in combination with unusual high-tech materials and a futuristic and flawless execution. 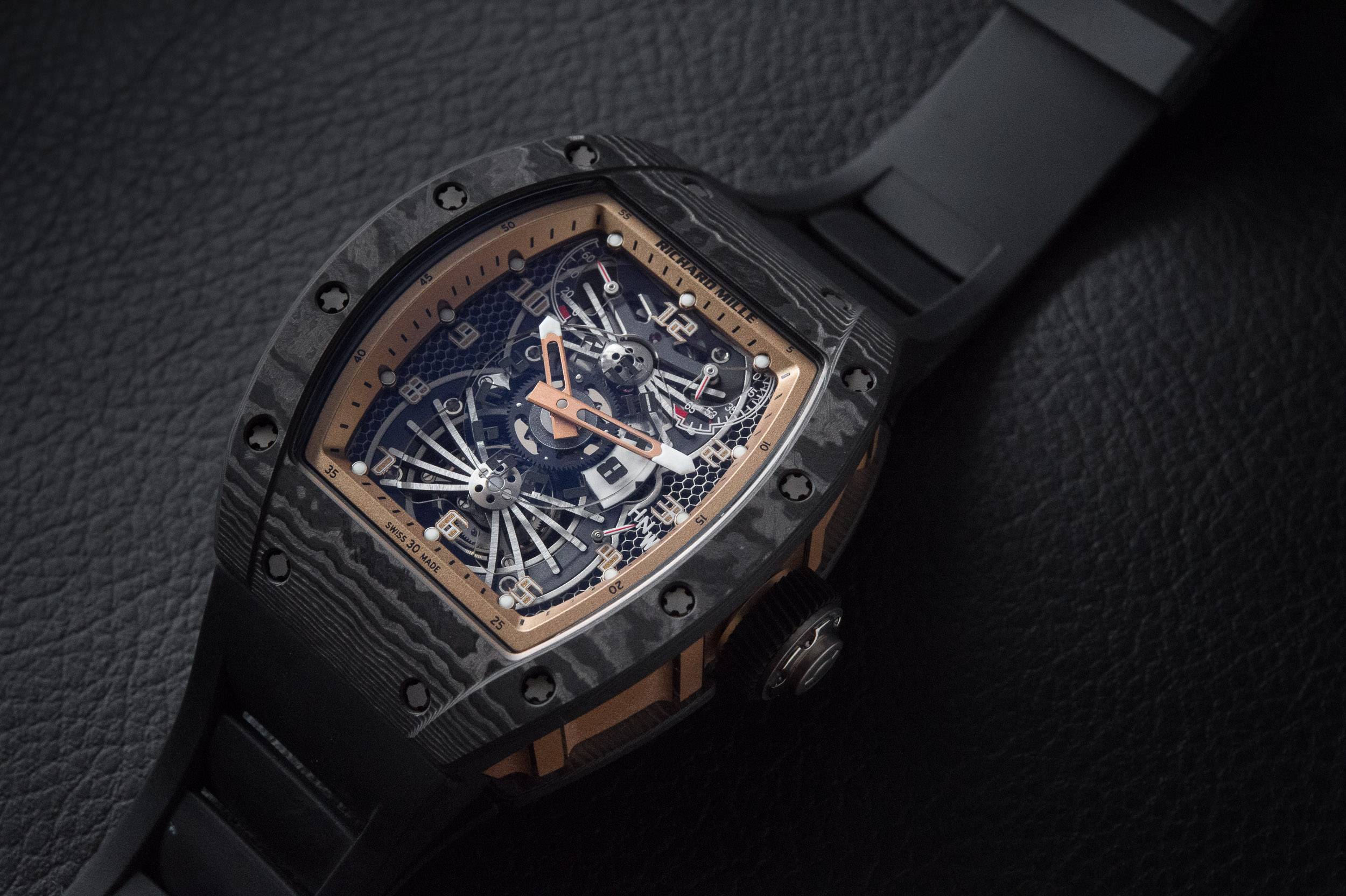 As the name already indicates features the RM 022 Tourbillon Aerodyne Dual Time, not only a tourbillon but also a second time zone complication. In addition, it is also equipped with a power reserve as well as a torque indicator. The latter is quite unusual for a wristwatch, but in fact very helpful. It visualizes the tension of the mainspring barrel and indicates when it is at an optimum for the most precise timekeeping. Compared to this the display of the second time zone is rather straightforward, but because of this also very easy to read. The hours are printed on a disc of transparent sapphire crystal which turns and displays the relevant hour above a white colored segment, thus highlighting it. 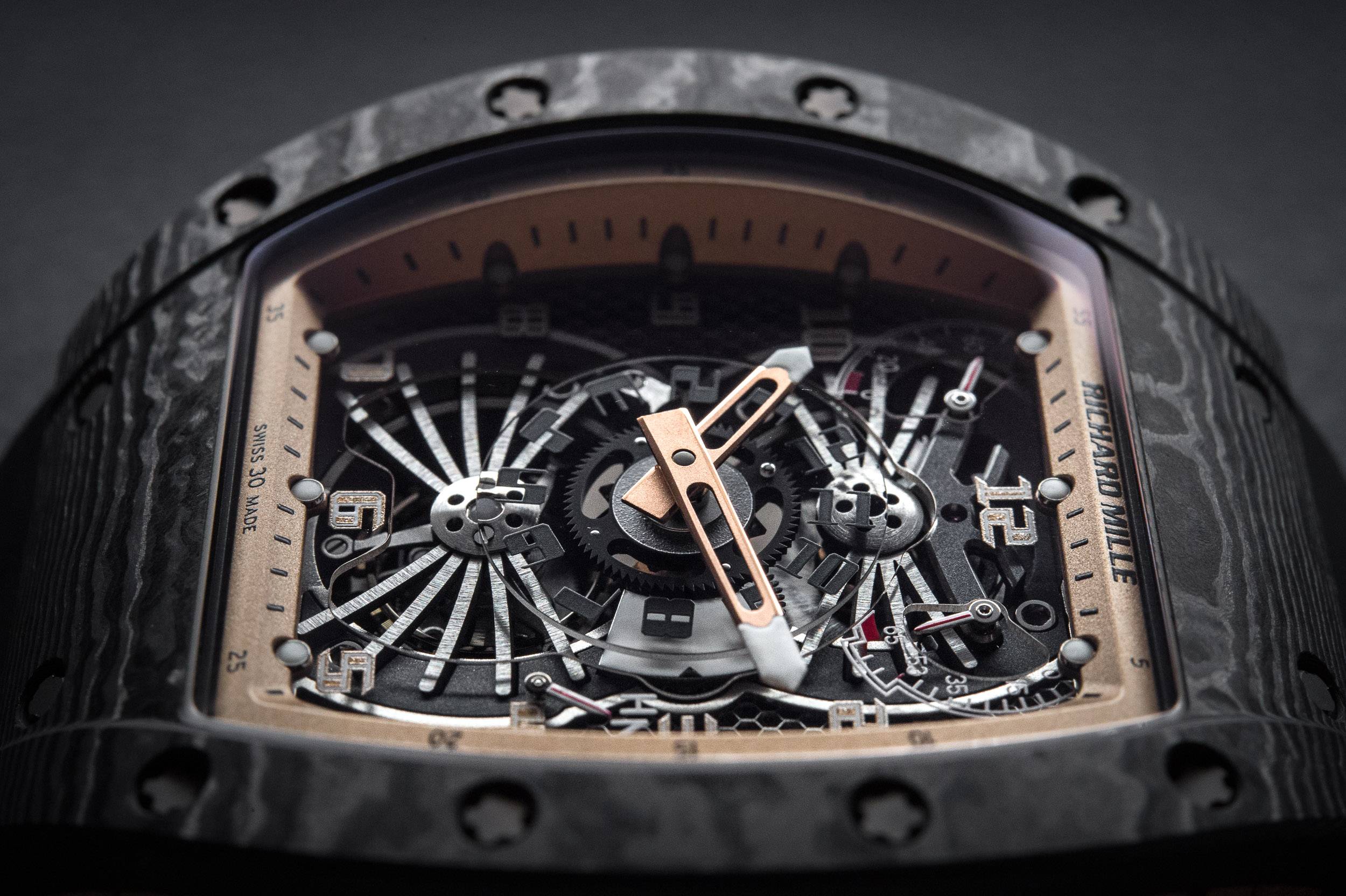 What makes the RM 022 Tourbillon Aerodyne Dual Time truly exceptional, even among other Richard Mille’s is the way the strength and torsional resistance of the tourbillon is increased. The way to do this was found in the wings of supersonic airplanes, which uses a special honeycomb structure to strengthen them against incredible forces, yet at the same time also keeps them light. Richard Mille took the same orthorhombic titanium aluminide alloy and structured it around the movement, achieving technical excellence and visual delight.

In the universe of Richard Mille, nothing is stagnant. Despite being on the market for eight years, various versions of the watch has been introduced. Next to titanium, and red or yellow gold, did Richard Mille also create a special piece unique with baguette cut diamonds for its retailer Marcus in London. In 2015 Richard Mille also launched a special version for its boutiques in Asia, combining in a most stunning way NTPT Carbon and red gold. NPTP stand for North Thin Ply Technology and is a composite, in which lightweight carbon fiber is reinforced by a polymer. Due to this process, the material gets an almost woodgrain like texture.

Recently the RM 022 Tourbillon Aerodyne Dual Time was also launched in a three-color limited edition for the Richard Mille boutiques in the Americas. The front and the back of these special watches are made from Quartz TPT, while the caseband is made from Carbon TPT. The result is striking, wither you opt for the blue, red or white version, and also shows once again how vastly ahead of its time the Richard Mille RM 022 Tourbillon Aerodyne Dual Time was when it was introduced.

For The Love Of Gold!