A titanium chronograph doesn’t sound like something François-Paul Journe would make, yet he does, but of course, it is not just any titanium chronograph. The Centigraphe Sport was initially launched in 2011 in aluminum. Although very light, it is also quite soft, and that is not always an advantage when you are making watches. Eventually, Journe switched over to titanium, renaming the watch Centigraphe Sport Titane. 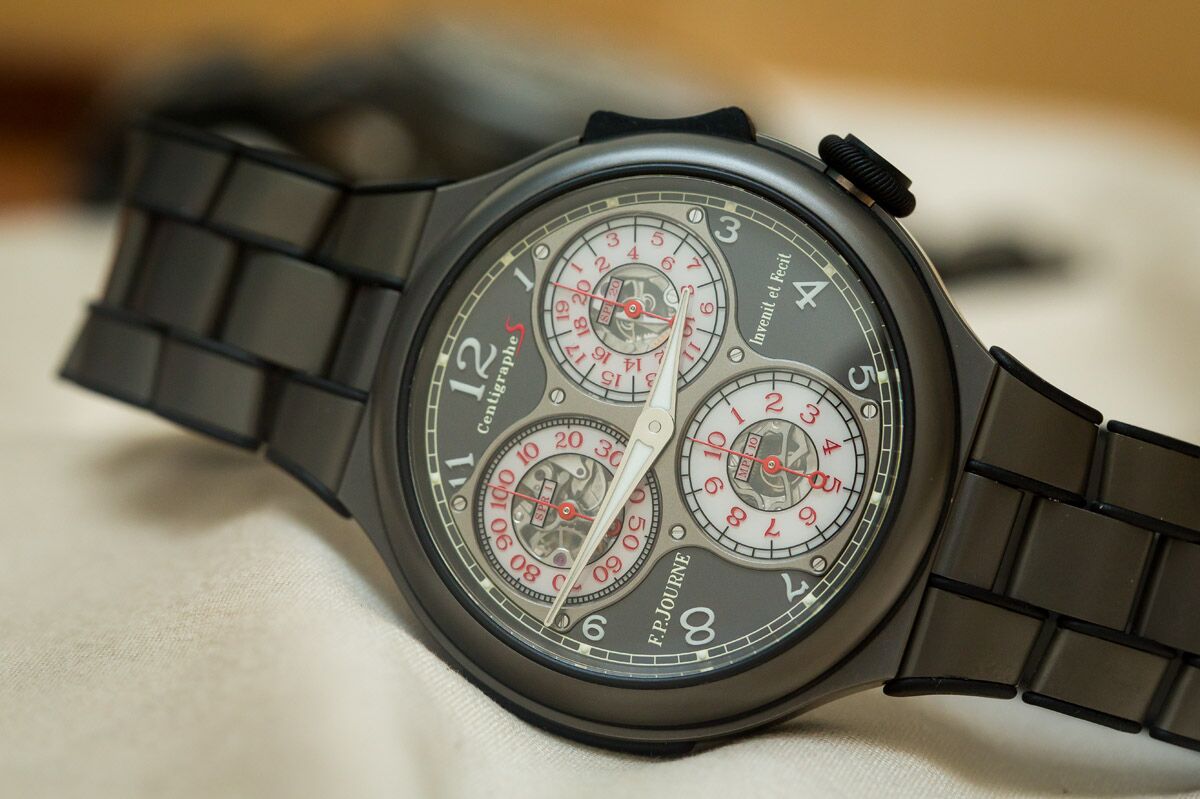 Light weight was important in the creation of this watch. The lighter it is, the more comfortable it wears, and that is especially important when you are doing activities for which a sports watch is created. That is why the movement inside the Centigraphe Sport doesn’t feature the usual gold main plate and bridges but are they instead made of an aluminum alloy.

This is not the only focus on active use that Journe put into the watch. The chronograph is not operated by the usual pushers on the side of the case, but rather by a patented rocker. Allowing for easy operation, while at the same time it keeps the design of the watch more ergonomic. When you start the chronograph, you will notice how special it is, as the hand on the subdial between nine and eleven o’clock makes a full rotation in one second. This allows the owner to measure up to 1/100th of a second. Even with the chronograph continuously running does the Centigraphe Sport Titane have a power reserve of 24 hours. With the chronograph off it is 80 hours.

Because functionality was the aim when designing this watch, it is only 34.4 mm in diameter. This is rather small for a sports chronograph, but again it will greatly improve wearing comfort as well as the maneuverability of the wrist. This is also why the case and all the bracelet segments are polished smooth, and the dial is very easy to read despite providing the owner with quite some information. Even there Journe found space to make it extra special, by leaving a small opening in each subdial so that you have a sneak peak into the movement underneath.

However, what makes the F.P. Journe Centigraphe Sport really so special is that you get in essence a very serious sports watch, yet with that famed Journe craftsmanship and finish. Just like any other of his watches is also the Centigraphe Sport made by hand in his manufacture in Geneva.

The Death of Two-Tone