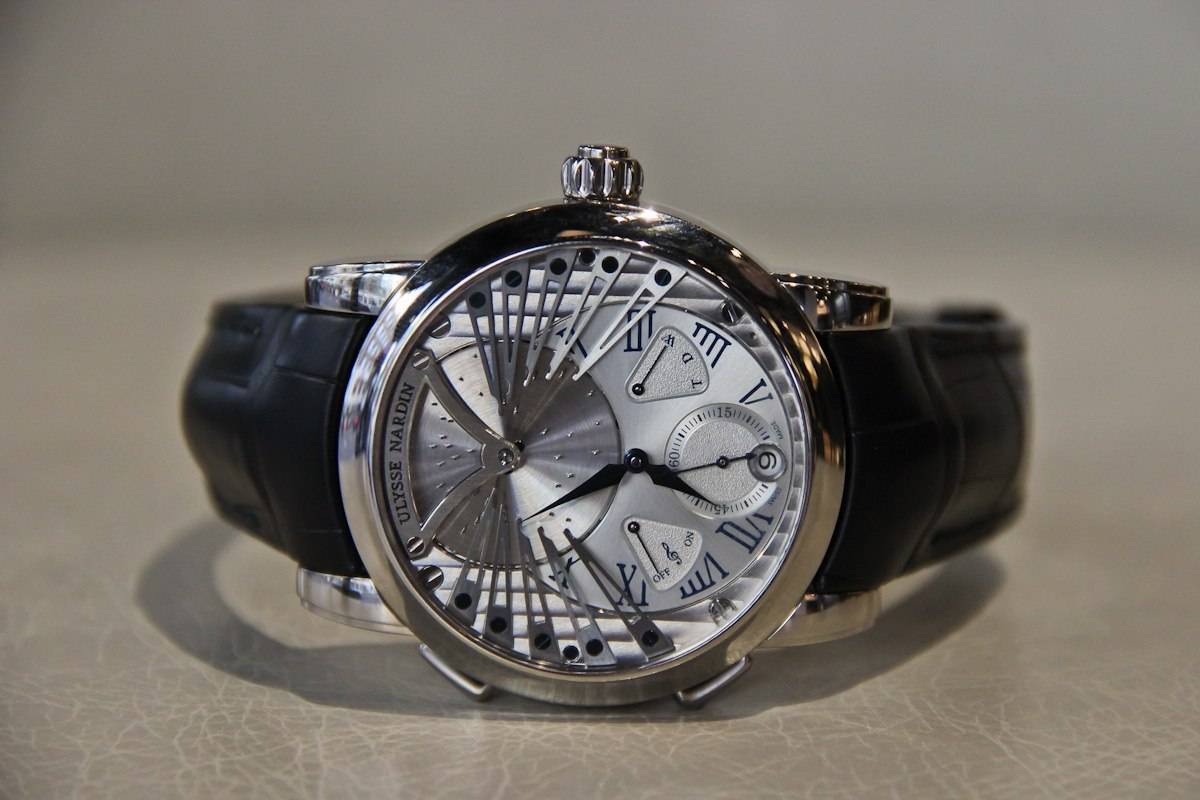 When Rolf Schnyder bought the ailing Ulysse Nardin in the early-’80s, his innovation and daring turned it around. 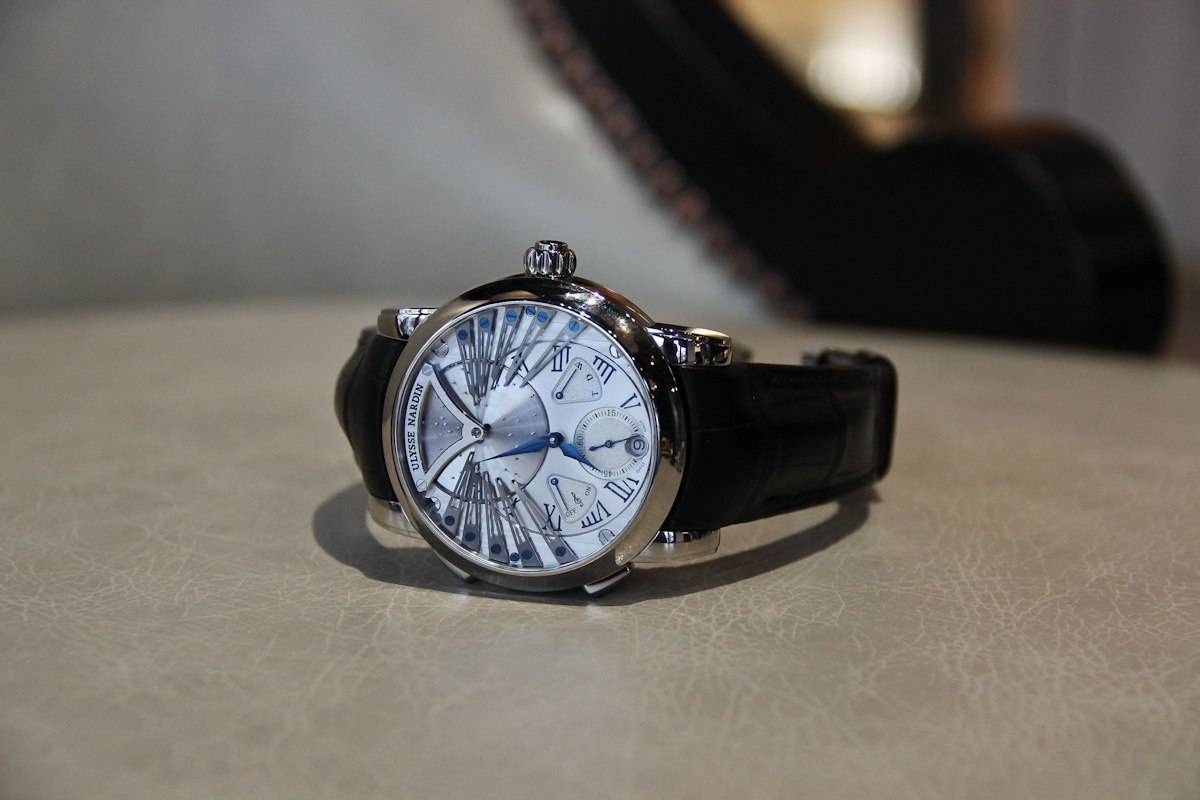 Never one to be fearful of breaking from tradition, he introduced a funky watch called the “Freak” in 2001, which won the Watch of the Year Innovation Prize in 2002. It didn’t have a crown, dial or hands. Instead, it kept time with a carousel tourbillon that had a seven-day power reserve. 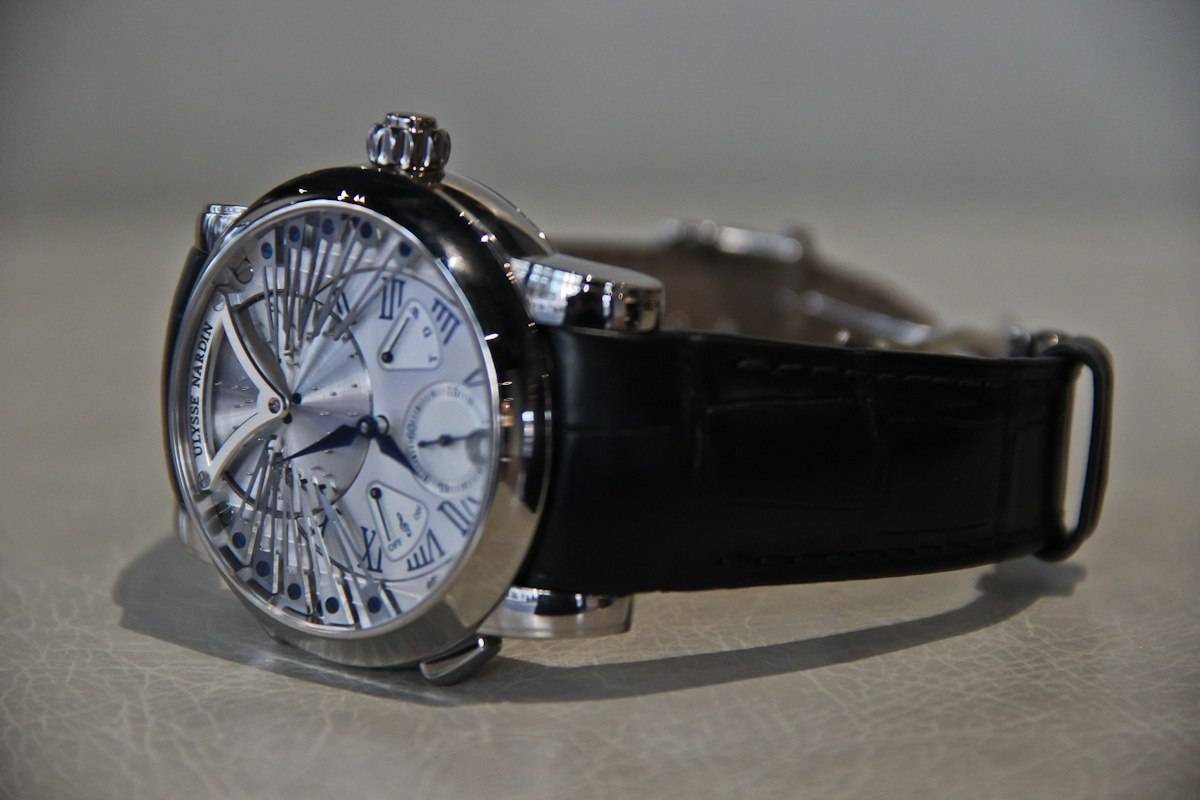 As if that wasn’t enough, the movement introduced technology into haute horlogerie by using silicium, which reduces friction, and has since been adopted as an industry standard. In keeping with Ulysse Nardin’s vision, the brand continues to surprise even today.

Introducing “Stranger.” A musical mechanical watch, it plays several bars of Frank Sinatra’s 1966 iconic rendition of the song “Strangers in the Night.” Ulysse Nardin has created several watches utilizing a gong-type mechanism such as minute repeaters and the Sonata, but “Stranger” is much different. Instead of gongs, the watch utilizes a musicbox-type mechanism of a round plate with pins, which rotate around blued triangular-shaped tuned bars. The unconventional silverized dial opens the device for viewing. Inside the 44mm white-gold case, Ulysse Nardin used as a base the self-winding Cal. UN-690.64. 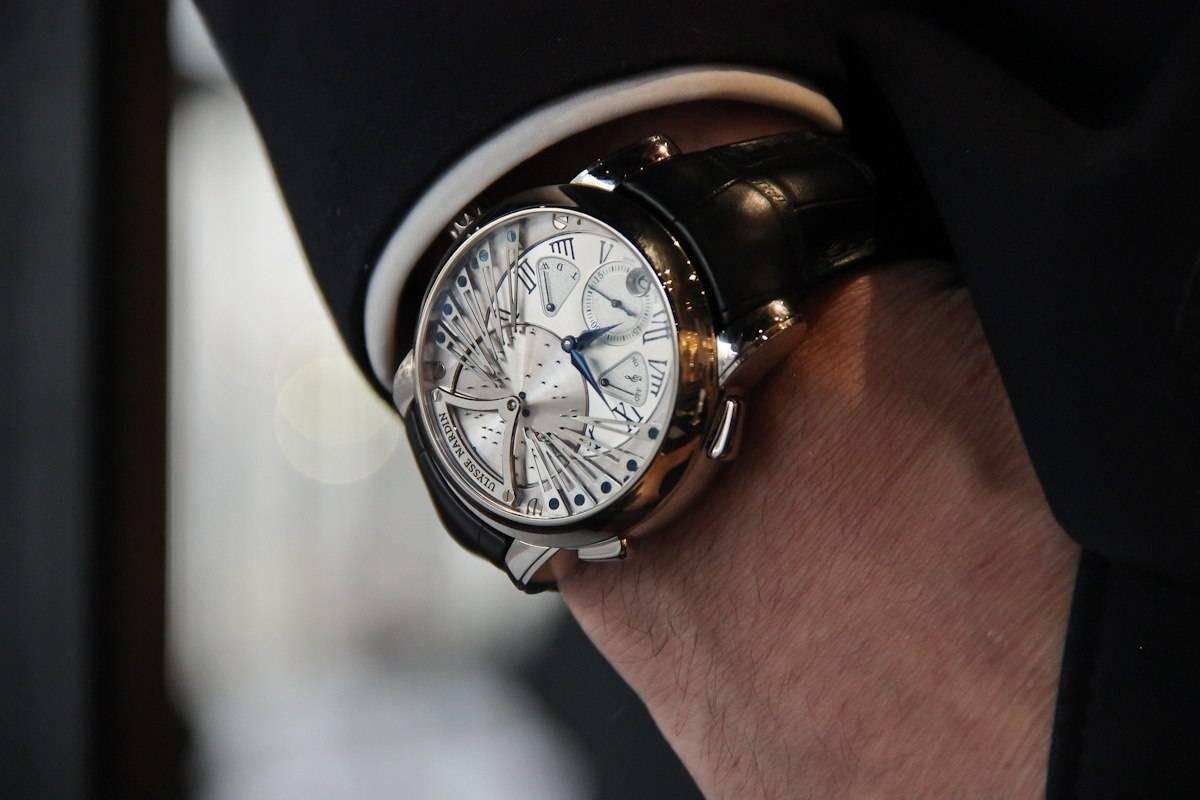 With the musical apparatus taking up the top half of the dial, the timekeeping is moved down to an off-center dial that takes up three-quarters of the watch’s surface. Continuing with the blue theme, “Stranger” is completed with blue Roman numerals, blued hands and a date at 6 o’clock. Two triangular indicators outlined in blue at three and eight o’clock show whether the music is on or off, and the function of the push-in crown (which means you don’t have to pull out the crown to switch between settings). The “Stranger” is limited to 99 pieces, but also comes in an 18k red gold case, which is also limited to 99 pieces. Available in the Harrods Fine Watch room, Ground Floor.