Hands-On With the MB&F HM5 CarbonMacrolon 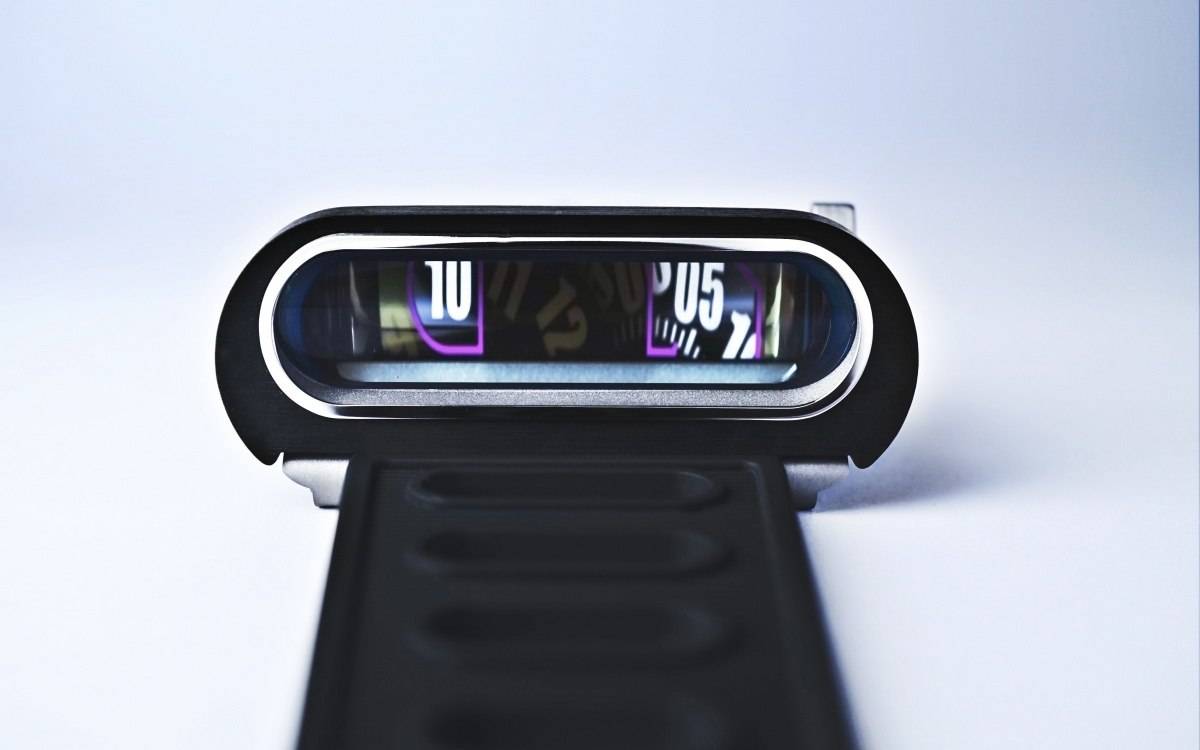 In 2012, MB&F released the surprising Horological Machine Five (HM5). Despite it’s avant-garde design, the independent Swiss brand knew the watch would strike a chord with a small group of passionate collectors. The HM5 reminded some of the Digitrend, a little known watch made by the now defunct Amida during the 1970’s that featured a futuristic tapered case and a vertical LED-look display. The watch didn’t catch on right away, but over the years the design of the Digitrend has grown on watch enthusiasts and gained cult status. 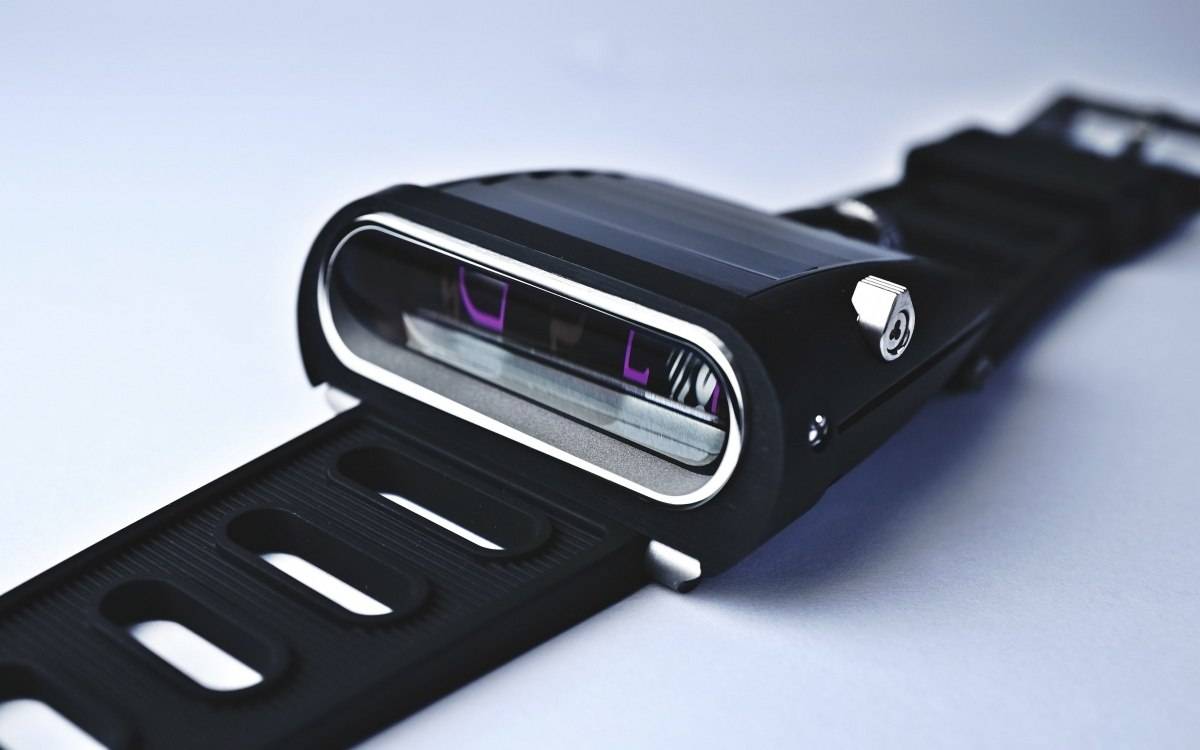 The HM5 (old and new) unmistakeably take their wedge shape case design from the Amia Digitrend. However one of the reasons MB&F christened the first HM5 “On The Road Again,” is because it added design elements from low-slung super-cars such as the Lamboroghini Muria. 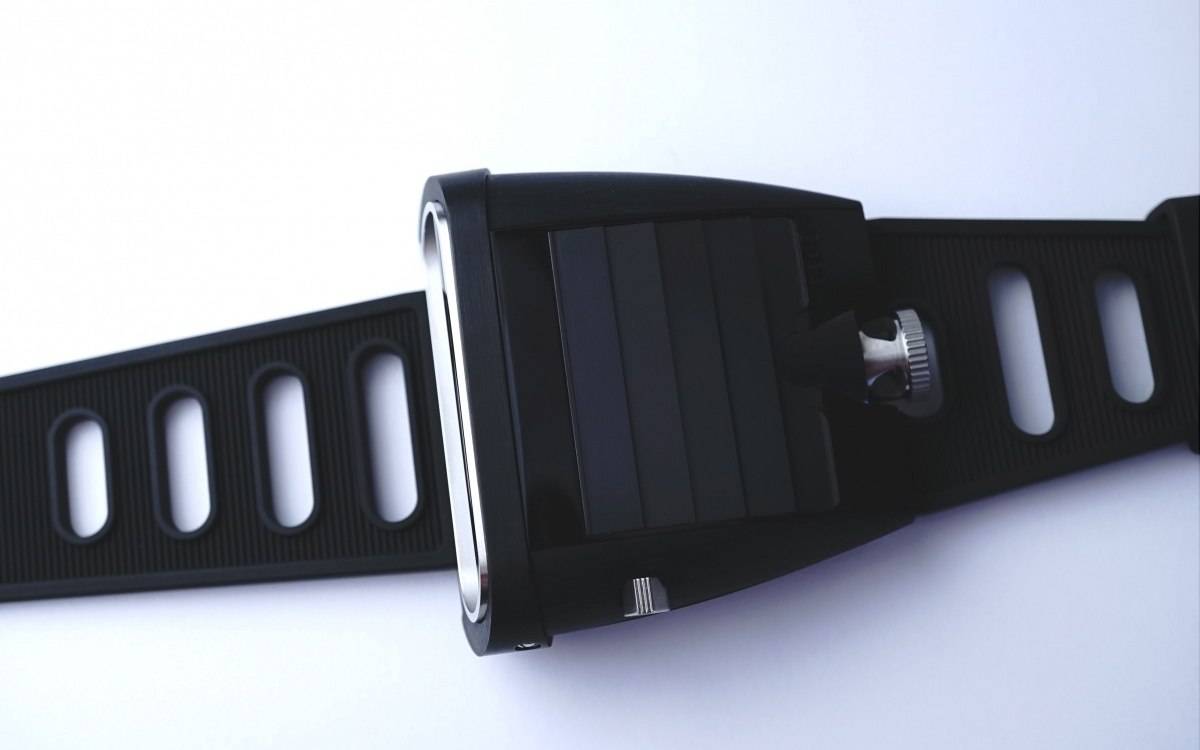 MB&F have decided to revisit the HM5 this year, and the new version definitely feels improved. Aesthetically, the HM5-CarbonMacrolon looks great. If black timepieces seem immune to trends, this timepiece is set to change the game once again because of its new material. MB&F have added Carbon to Makrolon, which is a type of polymer (plastic), and the combination results in very strong and hard but lightweight case. 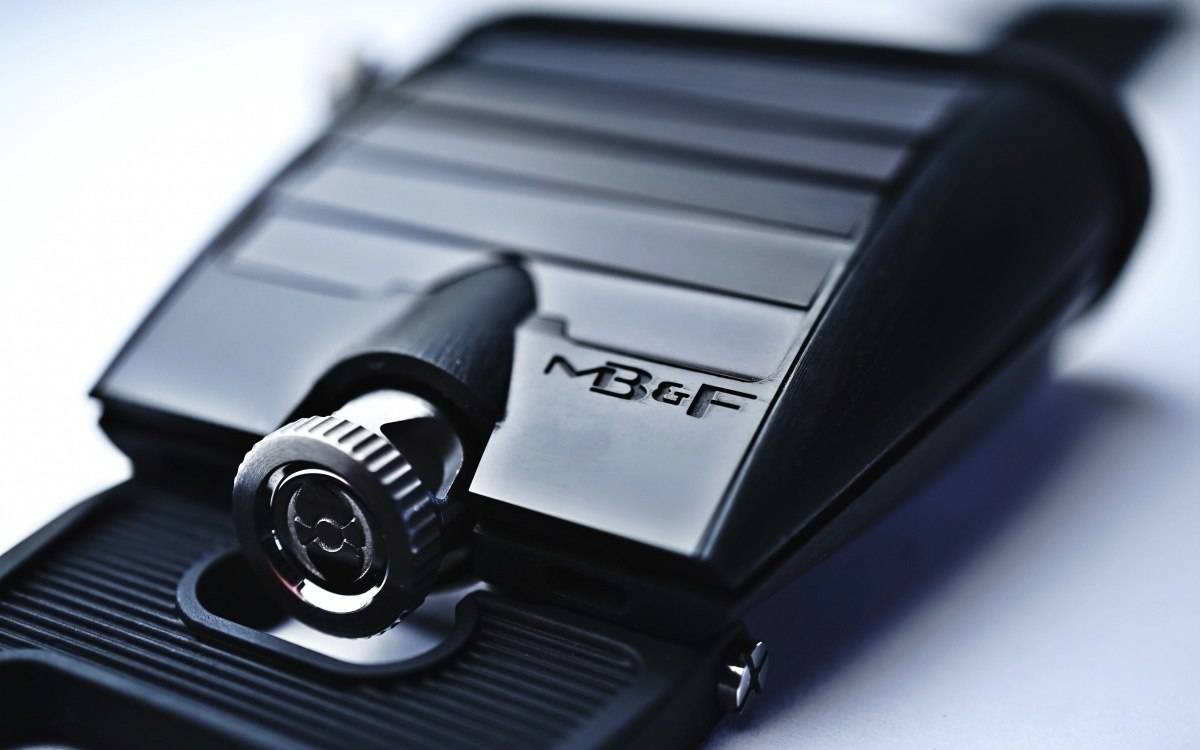 Because the new material is malleable, the case has areas that are polished, mat and grained. And it has one more, much more important advantage over PVD or DLC coated watches. If you were unlucky enough to scratch the new HM5, the colour is black all the way through. 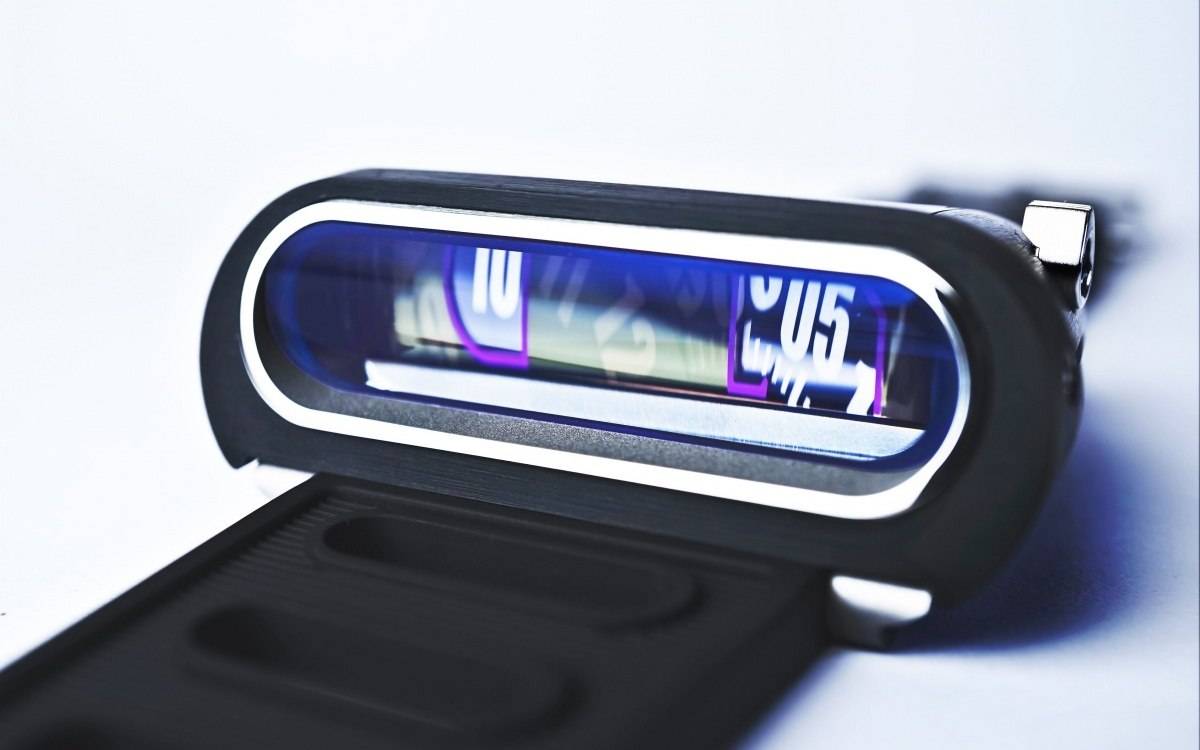 Otherwise, our favourite features from the original HM5 are back, such as the car-like slats can be opened to allow more light to pass into the dial. The case also features twin exhaust pipes which actually allow water to escape the outer case just like James Bond’s Lotus in “The Spy Who Loved Me.” Meanwhile, the movement is kept nice and dry thanks to an inner watch resistant case. 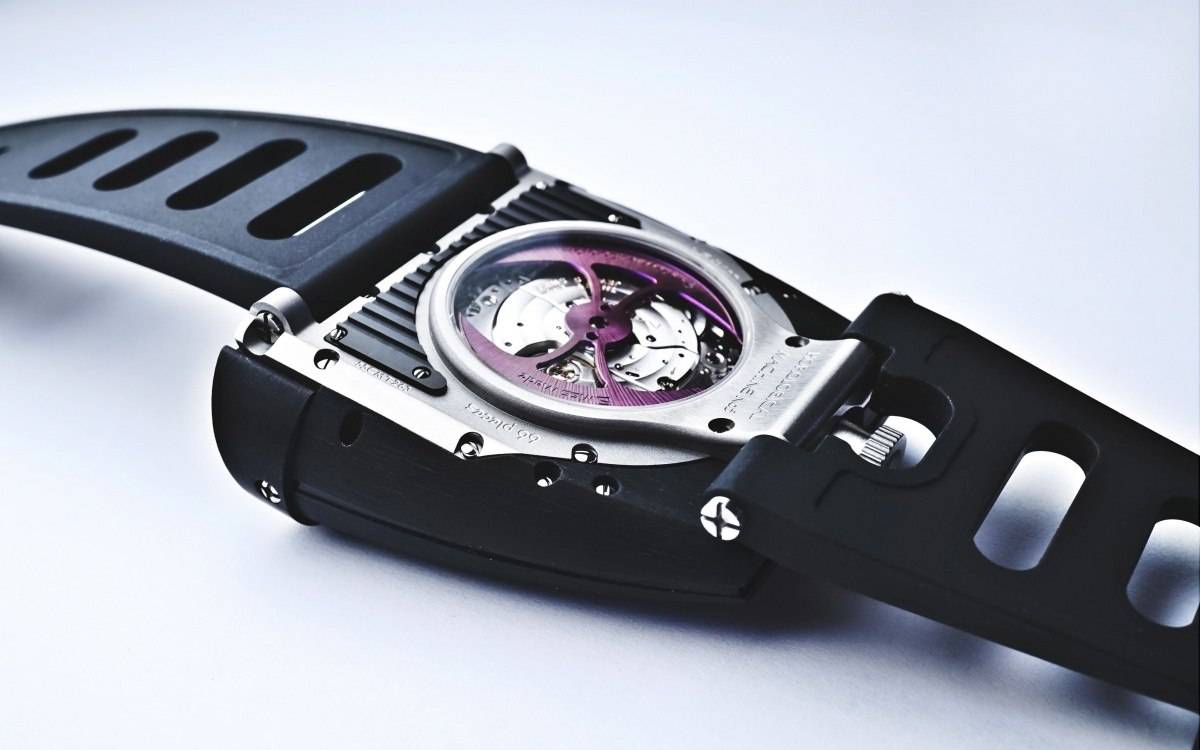 The time display is comprised of an optical grade sapphire prism that reflects the horizontal hour and minutes so that they are displayed vertically. This makes the HM5 an excellent driver’s watch, as there is no need to remove your hand from the steering wheel to view the time. 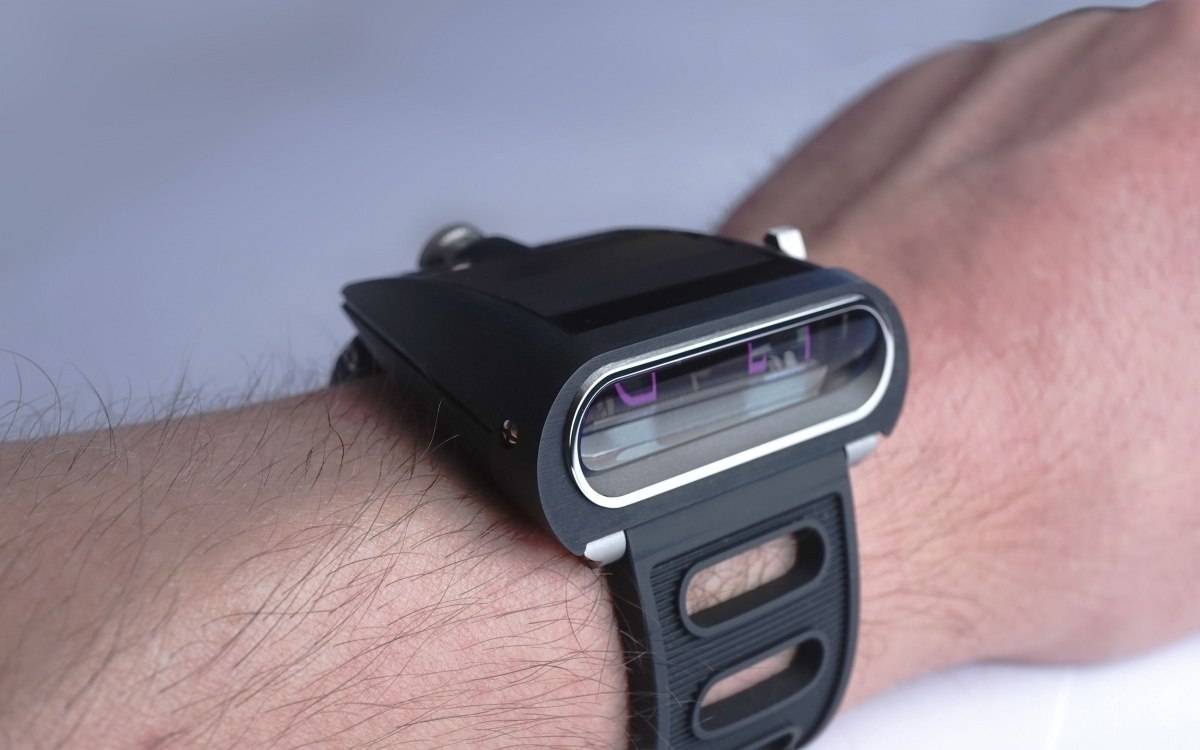 I loved the original Zirconium and rose gold versions but this new CarbonMacrolon is stunning. In anticipation of the excitement that will surely pervade the collecting community, MB&F have made the watch available on the day of its launch, but I don’t think it will be in stores for long as its one of the best machines to come from this Horological lab. Come check it out at Marcus Watches before it’s too late!