Hands-On With The IWC Chronograph Edition “The Last Flight”

IWC’s flight of fancy: For years now, IWC Schaffhausen has delighted fans of pilot watches with special editions dedicated to Antoine de Saint-Exupéry, a celebrated French pilot – also recognized for his novella The Little Prince. In 2012, IWC celebrated the French aviator’s first flight, and now the brand is closing its homage with a watch commemorating his disappearance, 70 years ago, during a fatal reconnaissance flight over the Mediterranean. 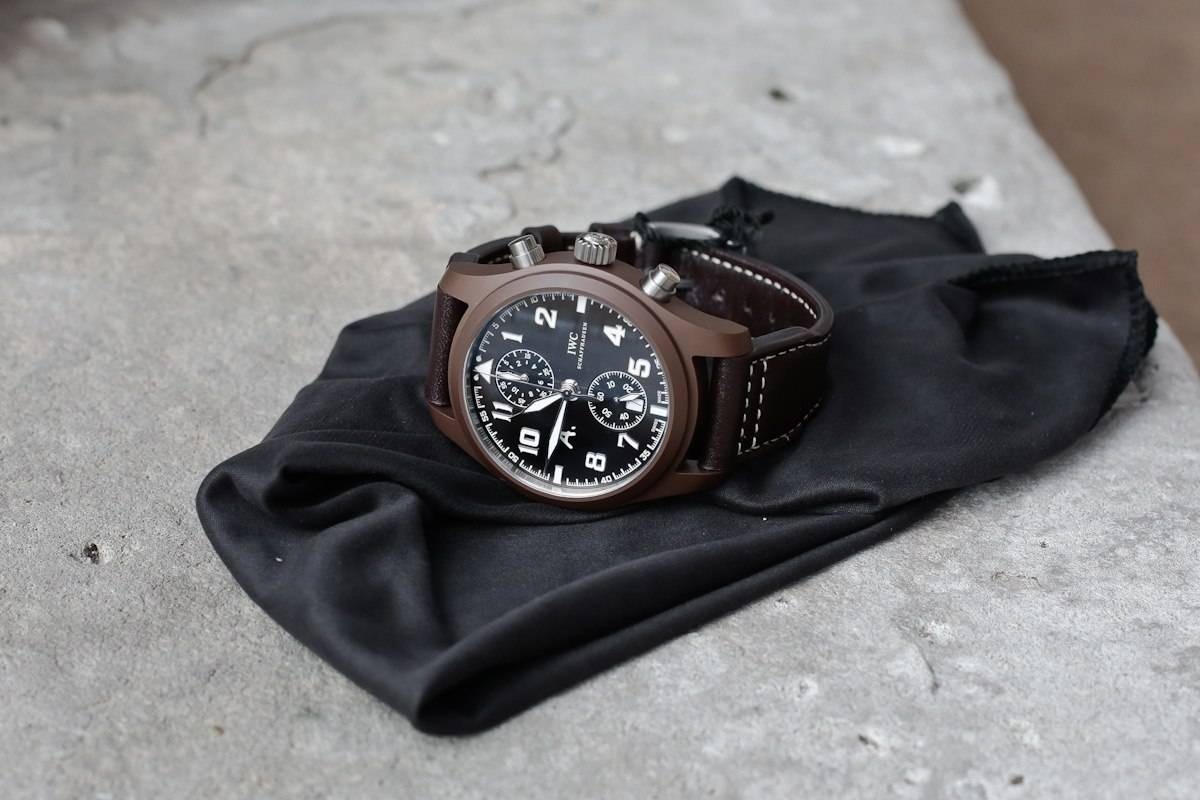 In fact, IWC have introduced the arrival of three different references of the Chronograph Edition “The Last Flight”, which vary little in design, but quite a bit in reach. The model we tried on is Ref. IW388004. Limited to 1,700 models (while Ref. IW388006 is limited to 170 watches and Ref. IW388005 to 17 timepieces), it’s most recognizable for being the only version with black counters. 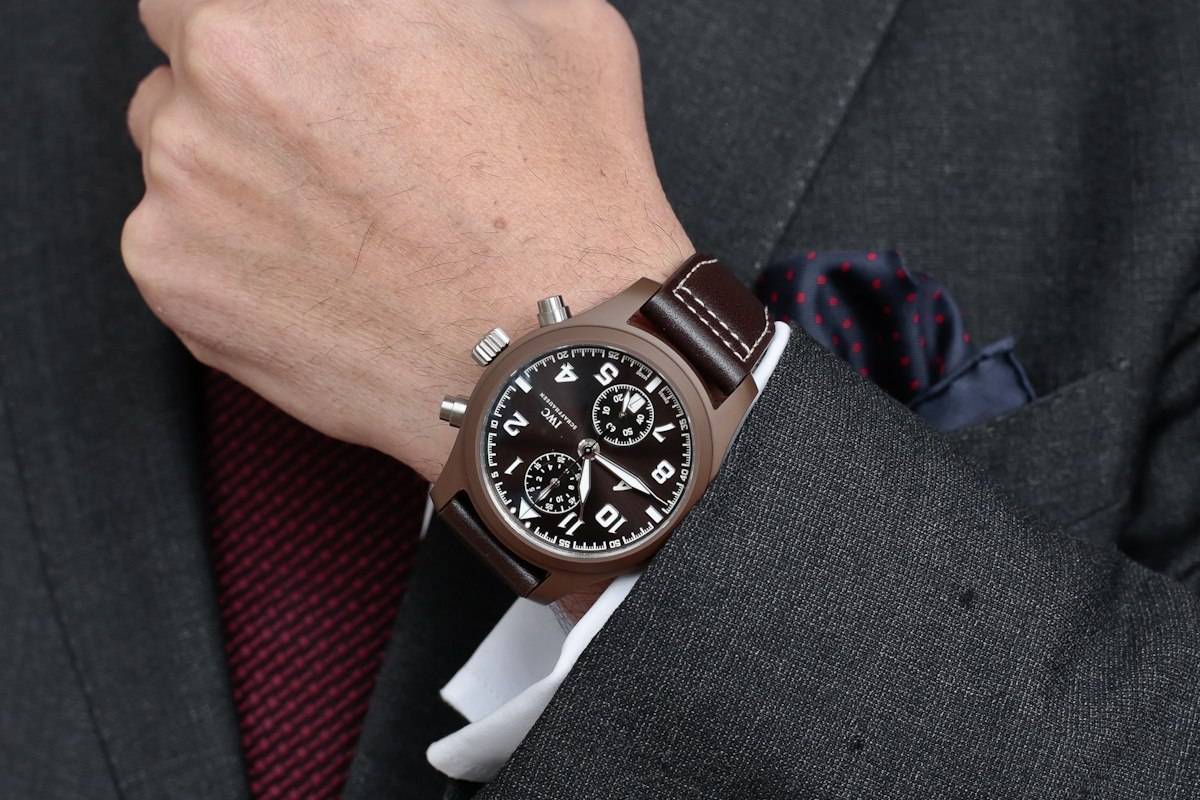 As ever, the new Antoine de Saint-Exupéry collection features the tobacco shade of the pilot’s flight suit. But until now, that color had been reserved to the dial. This time around, brown is present consistently, through the dial, ceramic case, and calfskin strap. If Ref. IW388006 presents red-gold-plated counters, and Ref. IW388005 prefers rhodium-plated counters, we’re on board with the model featuring black counter. It many not be the most exclusive watch in the collection, but it’s the prettiest bird to watch. 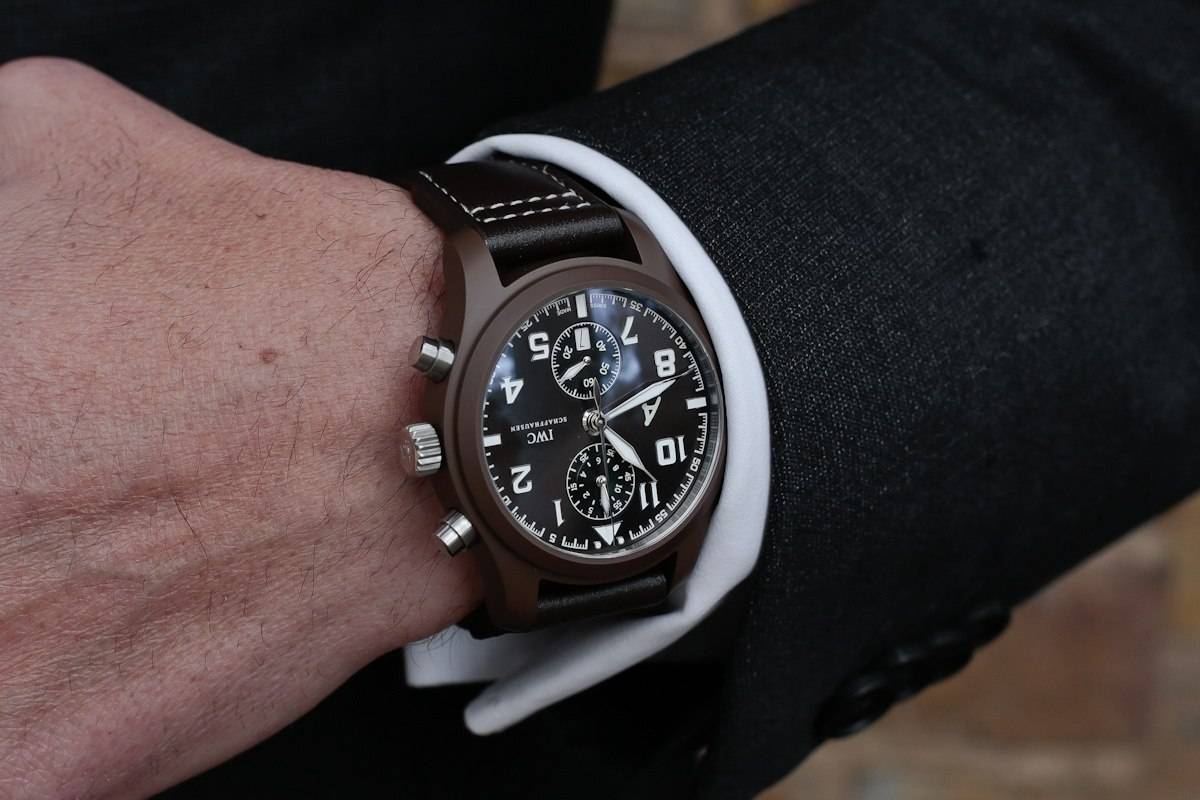 Aesthetically, the titanium push-buttons, crown and case back, all provide a nice contrast to the darker tones of the watch, and Super-LumiNova®* coated hands provide a sporty edge. And it’s made to go airborne as well! The material of the case makes the watch resistant to heat, and corrosion, while the sapphire glass has an antireflective coating on both sides and is secured against drops in air pressure. Inside, Ref. IW388004 houses calibre 89361, an automatic engine developed and produced by the manufacture, which boasts a whopping 68 hours of power reserve. Enough to go through a couple of time zones and then some. 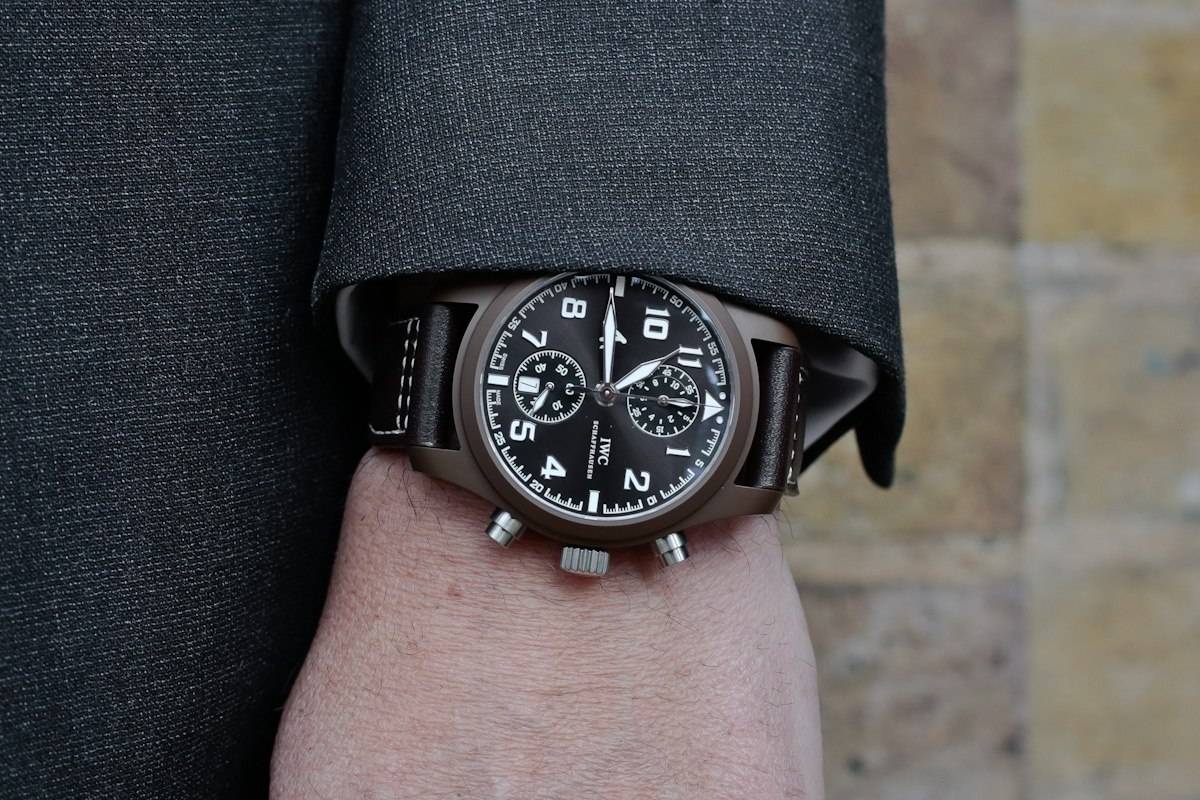 Topping it off though, at the back of the watch, is a discrete engraving of the Lightning P-38, the last plane flown by Antoine de Saint-Exupéry. It’s a fitting farewell, but IWC remains committed to his example by playing a role sharing his story. Last month IWC gifted the Antoine de Saint-Exupéry Youth Foundation with 100 per cent of the sales of a unique platinum “Last Flight,” at Sotheby’s Geneva auction.