Gentleman Chronographs: Measuring The Passing Of Time In Style

Being instruments, tools, most chronographs lead a dynamic life, or they at least want to give the impression that they do. In today’s world that often means a lot of carbon, black cases, and impressive dimensions. But there is another side to the chronograph, which as an elegant timekeeper for a gentleman. He might use it to time his racehorse on the track or as a suitable companion for when he goes out into the country with his beloved vintage car. He might prefer a more classical piece, with a precious metal case, and a high-end movement! The following watches might be among the highest on his wish list: 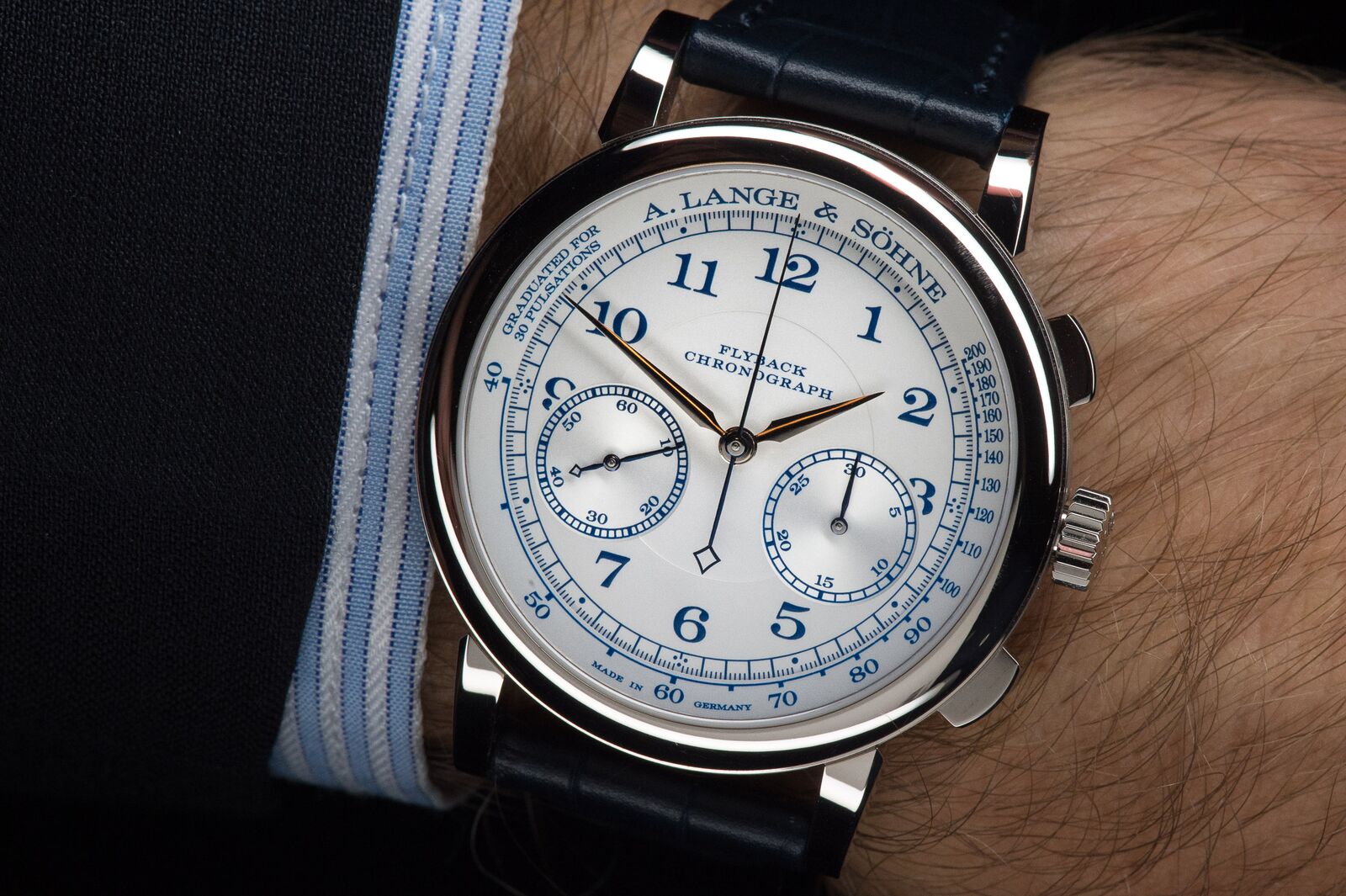 Even when they make crazy cool watches, a Lange & Söhne never loses its understated touch. This also applies to the 1815 Chronograph, here in the boutique edition. The dial makes a clear case for German understatement, but know that this is backed by one of the best, and most beautiful, chronograph movements. In fact, I would be surprised if you spend a significant amount of time admiring all the details (and might even purchase a loupe just for that!)

This is the exclusive boutique edition of the chronograph, marking F. A. Lange’s 200th birthday. It features a white gold case, with blue numerals and a pulsometer scale. But even when you are not able to get your hands on one of these, the regular 1815 chronograph will serve you in the same fashion. 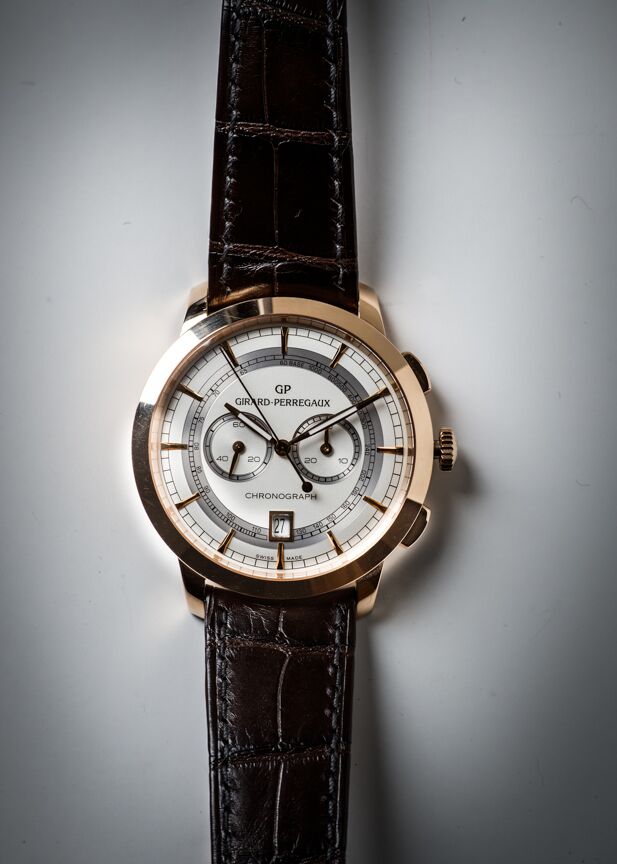 Girard-Perregaux can look back at a long tradition of making chronographs, but also make them in-house. With the 1966 chronograph they go old-school, with a manual wind chronograph, that was build as a chronograph. That means that the movement was initially designed to have a chronograph function and one was not added later as a module. This sounds like a given, but even in the world of Haute Horlogerie, it is not always the case.

Although integrated, the movement is based on the 3000 series. This is a smaller movement, which brings the subdials closer to the center than most of the other chronographs in this list. Some might be disappointed with this, but aesthetically Girard-Perregaux makes it most certainly work, so it is down to personal preferences. This is especially since a great many other brands have used Girard-Perregaux 3000-movements in their watches, due to its qualities. 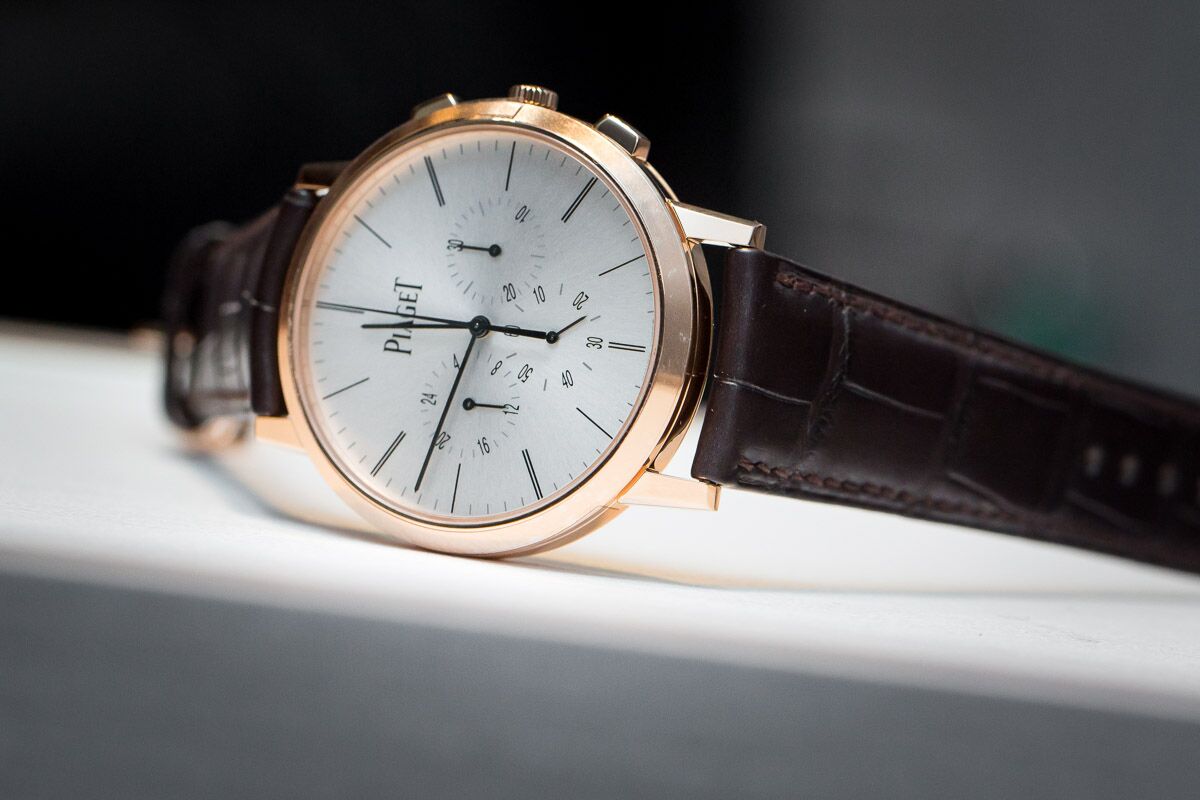 No concessions are made to the quality of the movement: column-wheel and a vertical clutch are integrated into the movement, and Piaget even found some room to incorporate a second time-zone function. That makes the Altiplano Chronograph not only a very understated watch but also a very practical one. You kind of wonder if there is actually anything more to wish for in a classical chronograph. 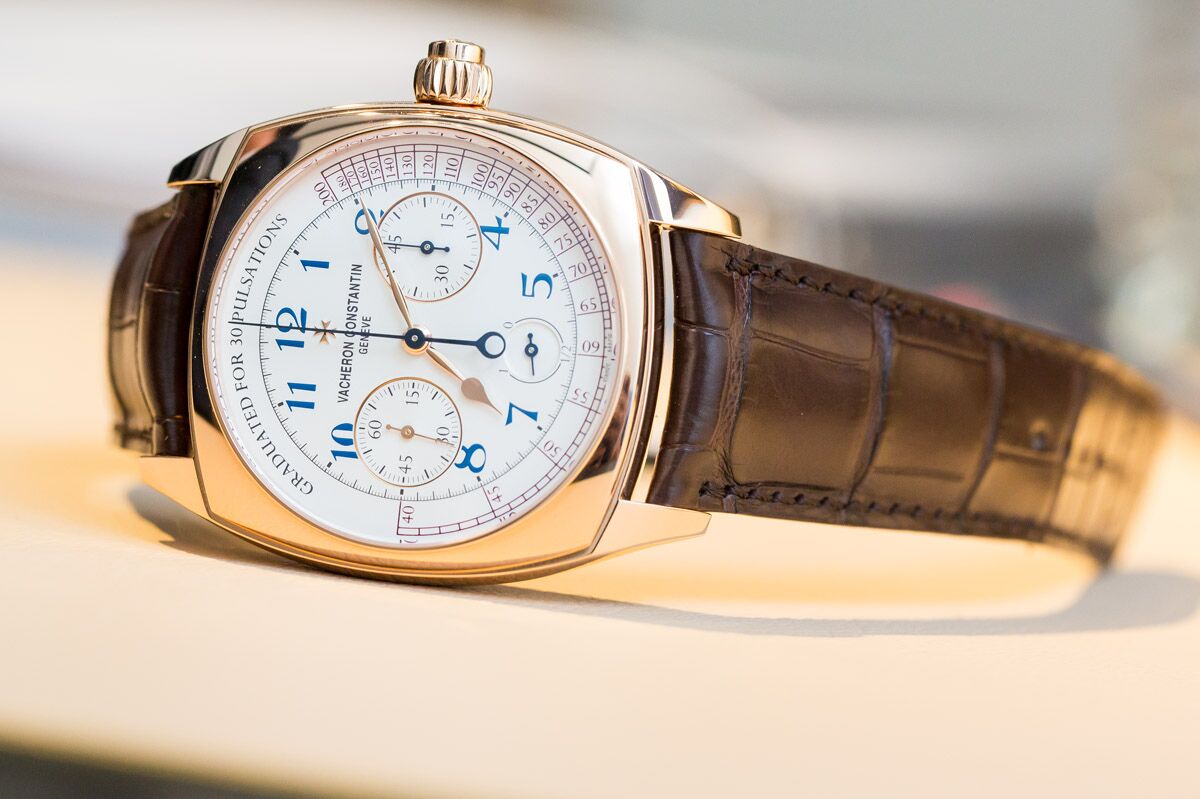 The Harmony Chronograph by Vacheron Constantin almost looks like it comes from a different century. A pink gold cushion case does that to you, especially when combined with a classical dial with pulsation scale.

Of course, the movement in this Vacheron Constantin has to be manual wind, if only to fit the theme. The case back offers a full view on the caliber, and you can see all the levers and gears of the chronograph in action. The Harmony is a mono-pusher chronograph. This means that you operate all the functions in sequence with a single button. One push starts it, the second one stops it, and a third push will make it reset, another tribute to the vintage spirit of the Harmony Chronograph.