Will people ever grow bored of tourbillons? Probably not, as they are still the preferred complication of many collectors. However, it is not only the complication itself that keeps the attention, but it is also the seemingly never-ending creativity of the watch brands who continue to dream up enticing new versions of it. 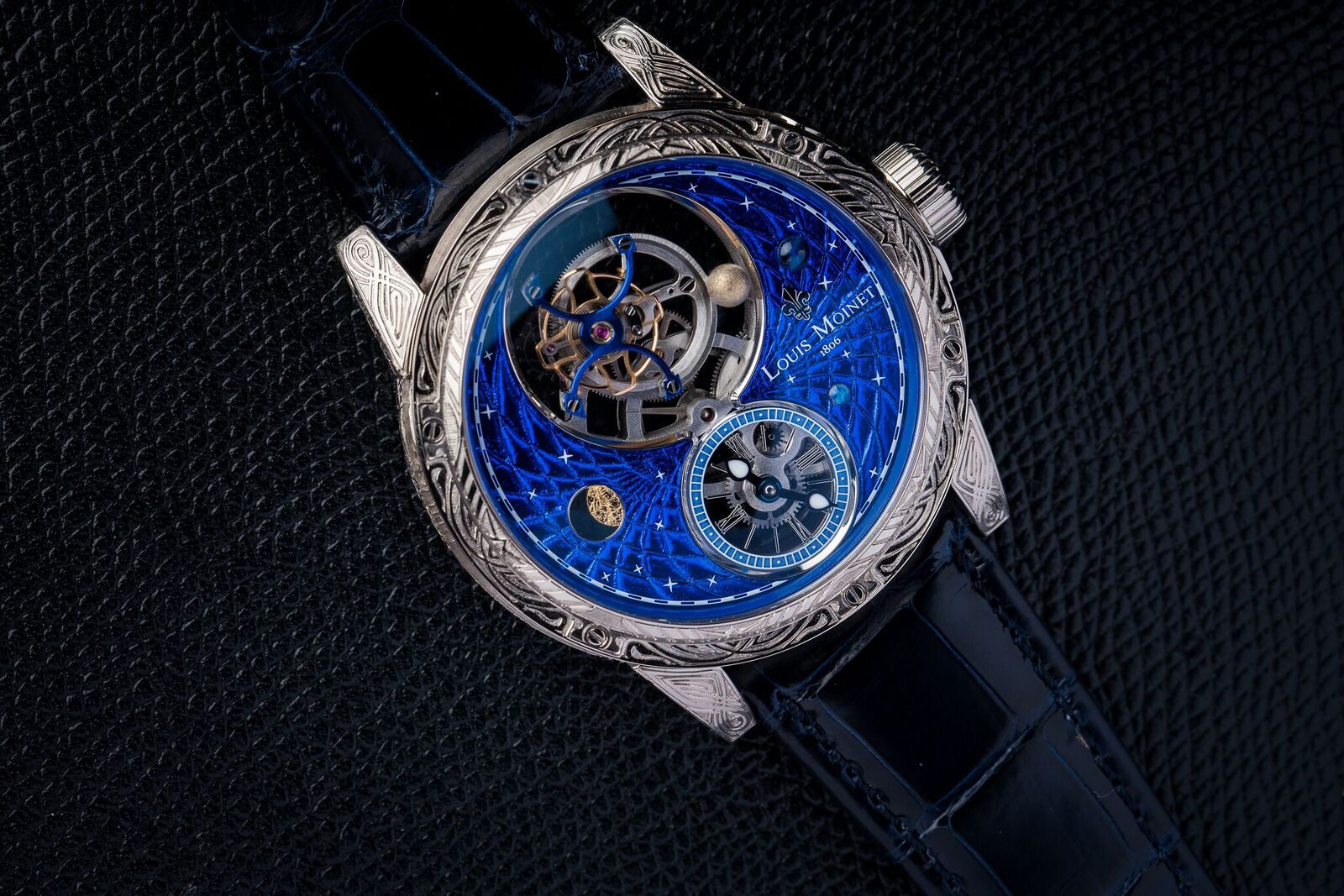 Louis Moinet Space Mystery
In the world of tourbillons is Louis Moinet not an unknown force. With the Space Mystery, they bring yet another original interpretation of this complication. Seemingly floating in space, an oversized titanium tourbillon cage is balanced by a small planet which rotates around it. A world’s first! Compared to that are the off-centered hour and minute subdial quite modest, giving all the room to the tourbillon to shine. 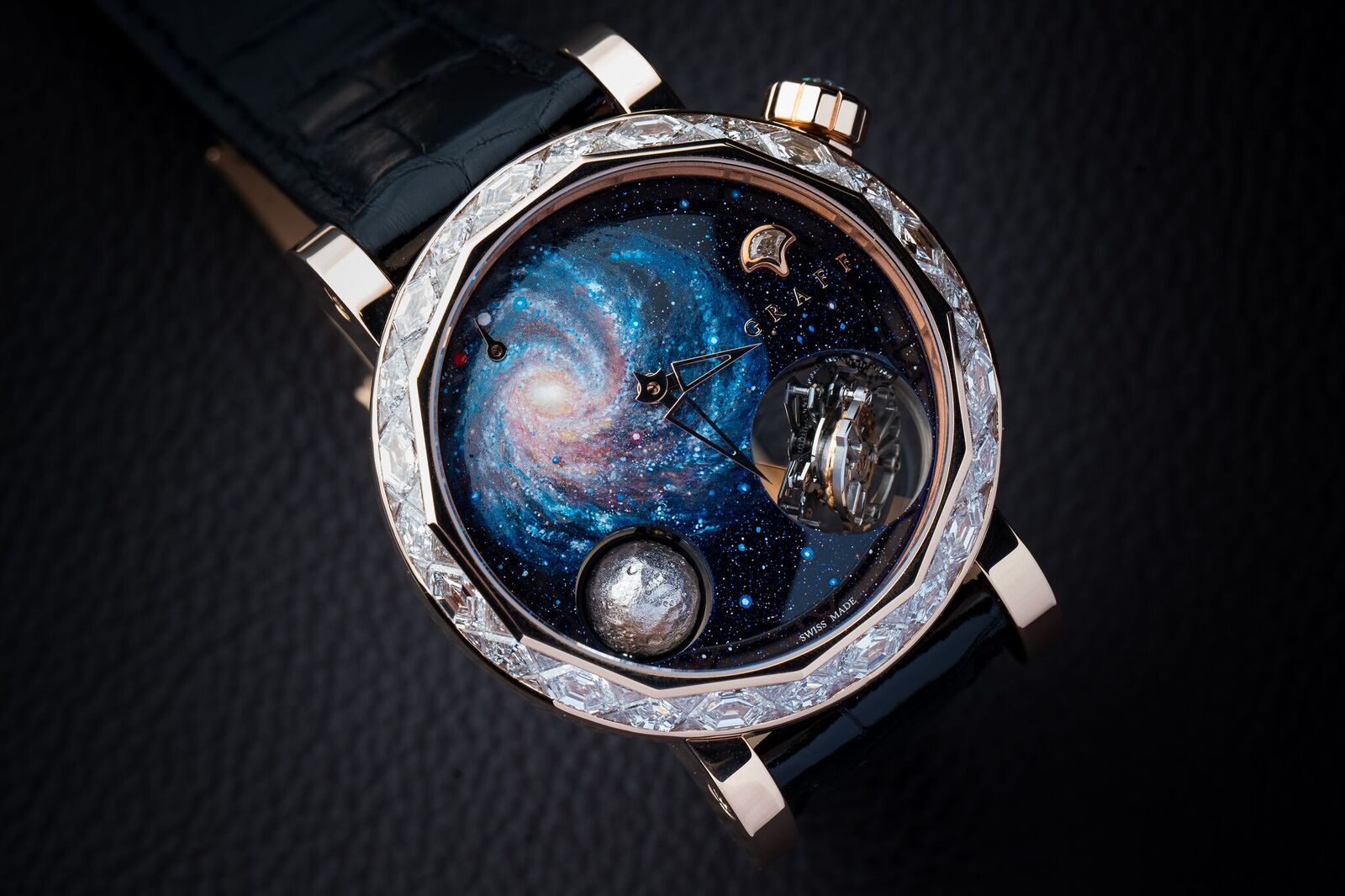 Graff MasterGraff GyroGraff World with Galaxy Dial
Louis Moinet is not the only one that is inspired by the heavens when it comes to their tourbillon’s, so is Graff! With their MasterGraff GyroGraff World, they make a bold statement. Not only because of the 48mm case, or the double axis tourbillon, but more so by the miniature painting of a galaxy that covers the dial. This his done in Grand-Feu enamel and has such a depth to it, which you might forget about the tourbillon altogether. 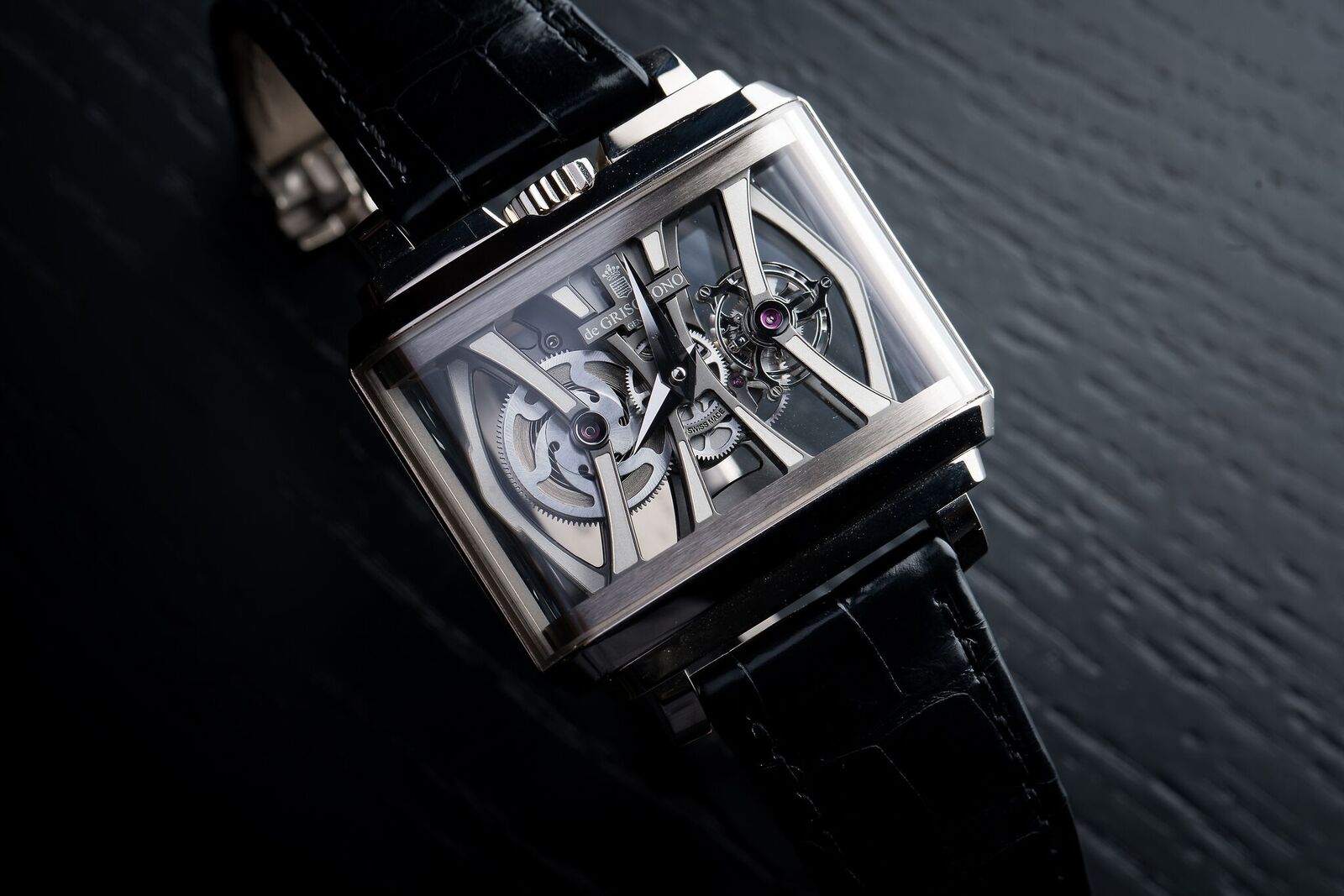 De Grisogono New Retro Skeleton Tourbillon
With the introduction of the New Retro, De Grisogono created a  dandy of the watch world. With its unique case as the main feature, De Grisogono now takes advantage of this by placing a skeleton tourbillon in it. By placing them between sculpted bridges, the result looks more like an architectural masterpiece rather than a high-end watch. The tourbillon is positioned on the right side of the movement, allowing you to admire it, even when it peeks out just a little bit from under your cuff. 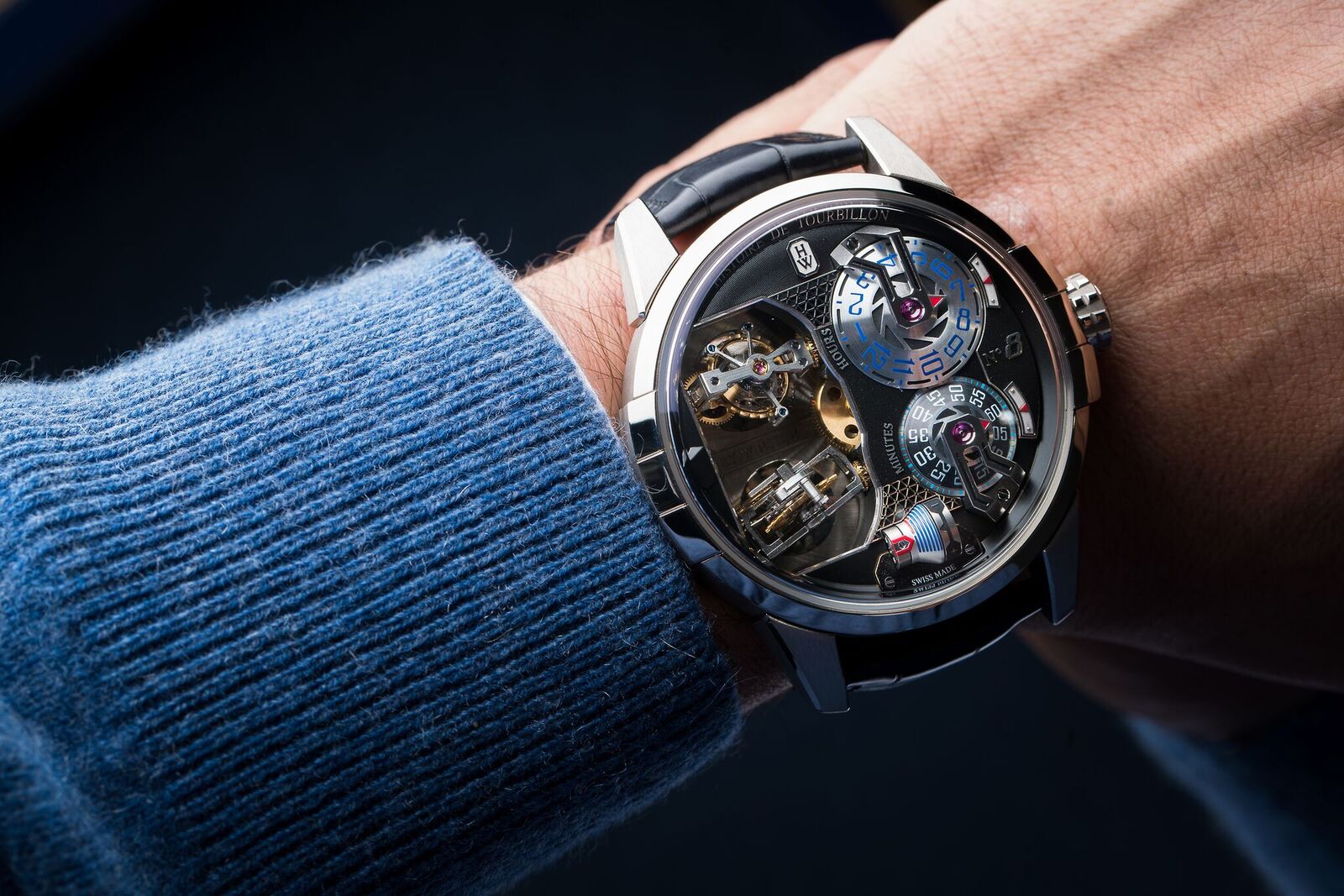 Harry Winston Histoire de Tourbillon 8
Launched in 2009, Harry Winston pays tribute each year to the tourbillon with a unique, limited edition watch, highlighting this complication. This year two biaxial tourbillons, which are connected by a spherical differential, keep the pace of the cone-shaped hour and minute rings. A very original power reserve indicator can be found at six o’clock, putting the finishing touch on this bold tourbillon watch.

Why Diamond Set Watches Are Their Own Complication