Most manufacture visits start with a tour of the brand’s museum, and an explanation of its history. But that doesn’t happen with Audemars Piguet. When Haute Time visited the independent Swiss brand in Le Brassus, we were taken straight to the brand’s think tank: Audemars Piguet Renaud & Papi. It was a surprising move, and a declaration of intent from Audemars Piguet. It’s clear from the start that there’s only one way forward for the brand, and that’s through innovation. 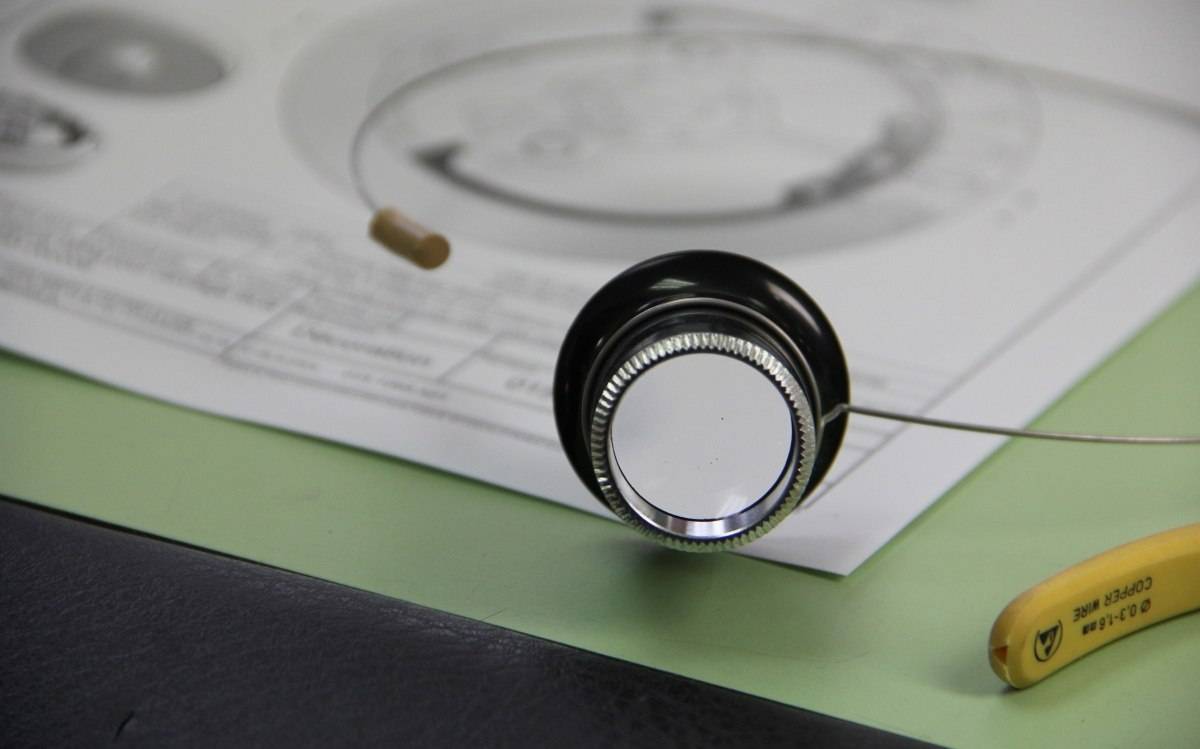 The need to innovate is what powers the watch industry. And in turn, those innovations have often powered others. It’s also a product of modern society’s consumption habits. As consumers seek instant gratification, the demand for “the latest” has driven the industry to innovate faster than before. But Le Brassus is no Silicon Valley. 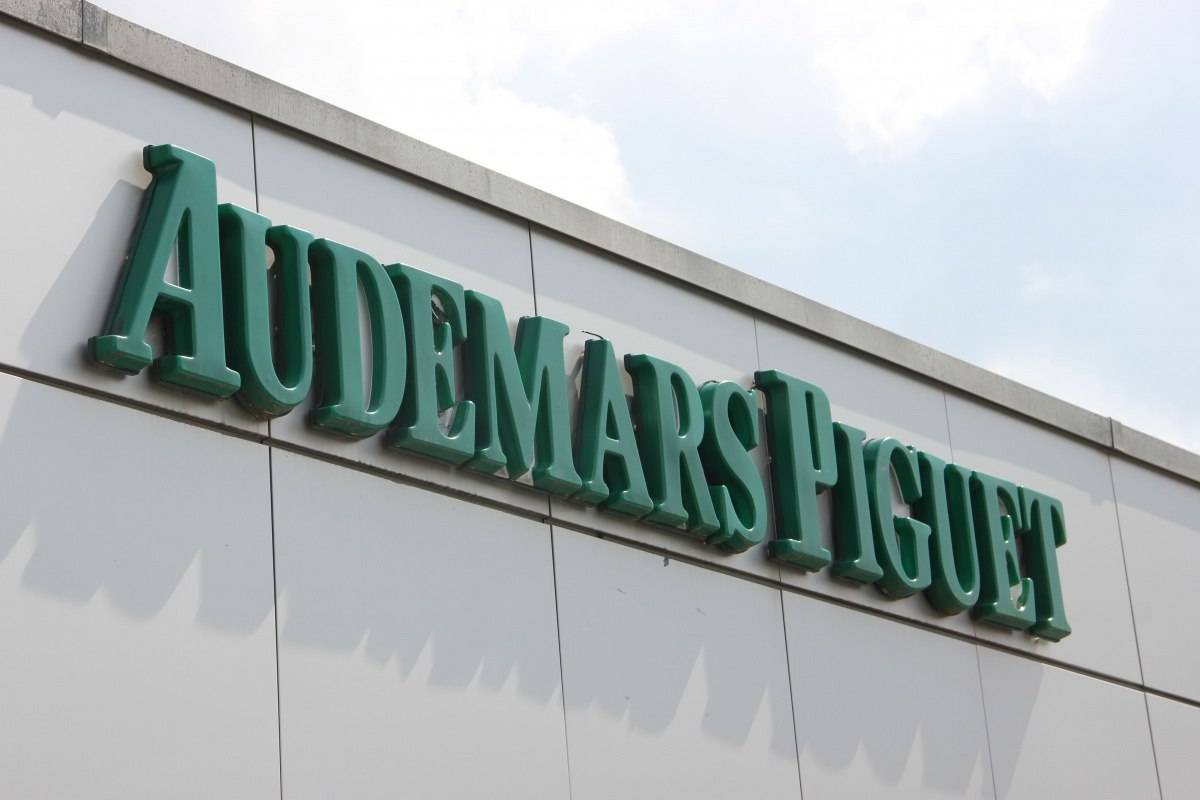 It’s a quaint Swiss village nestled in the Vallée de Joux, in the West of the country, a few miles away from the dominating Alps. There is no way of telling that the little structure that overlooks the village is one of the most innovative manufactures in the world. Then again Switzerland has a talent for hiding other exceptional facilities, such as CERN. 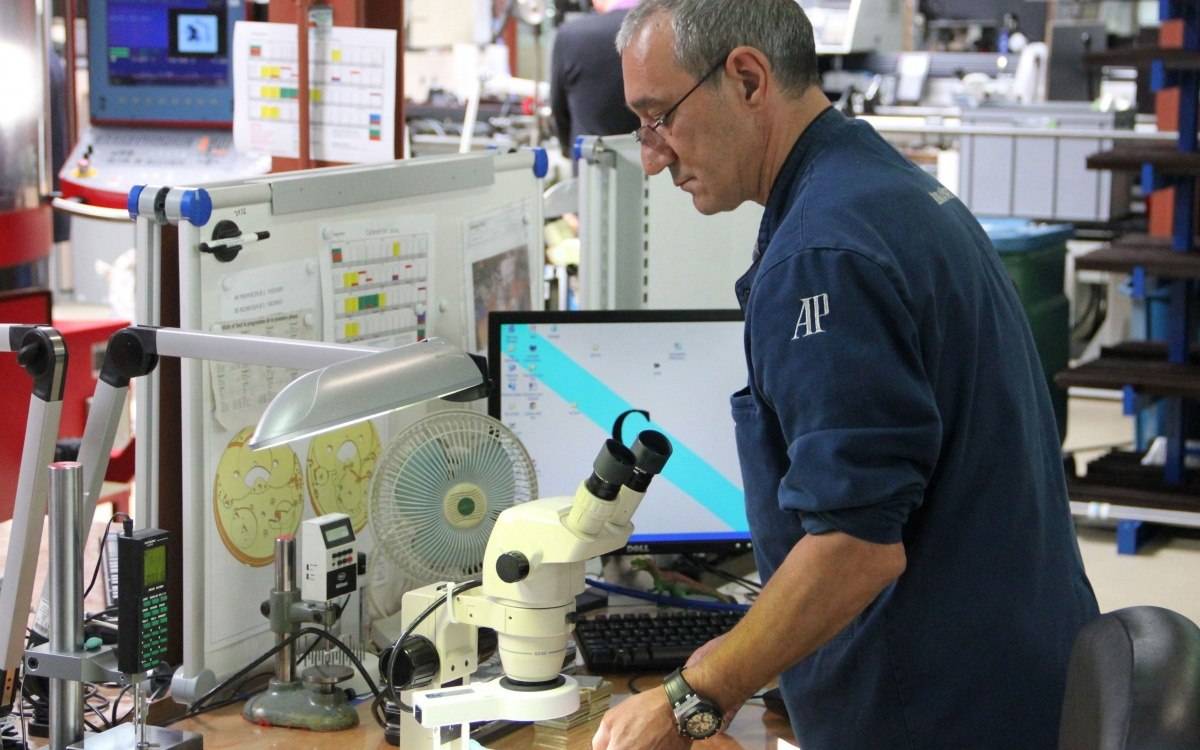 Audemars Piguet Renaud & Papi was launched in 1986 by Dominic Renaud and Giulio Papi (pictured below). The two former Audemars Piguet employees were working in the brand’s skeletonization department when they decided it would take them too long to look after the brand’s complications.

Very quickly they established themselves as game changers introducing new complications with entirely new technology to a number of established brands, and in 1992, only six years after breaking away from Audemars Piguet, their former parent company bought a controlling stake in their think-tank. The only condition set by Renaud and Papi was to keep working with other brands. That’s proved to be a sound decision, and it’s helped Audemars Piguet guide the rest of the industry (See Lesson Five tomorrow). 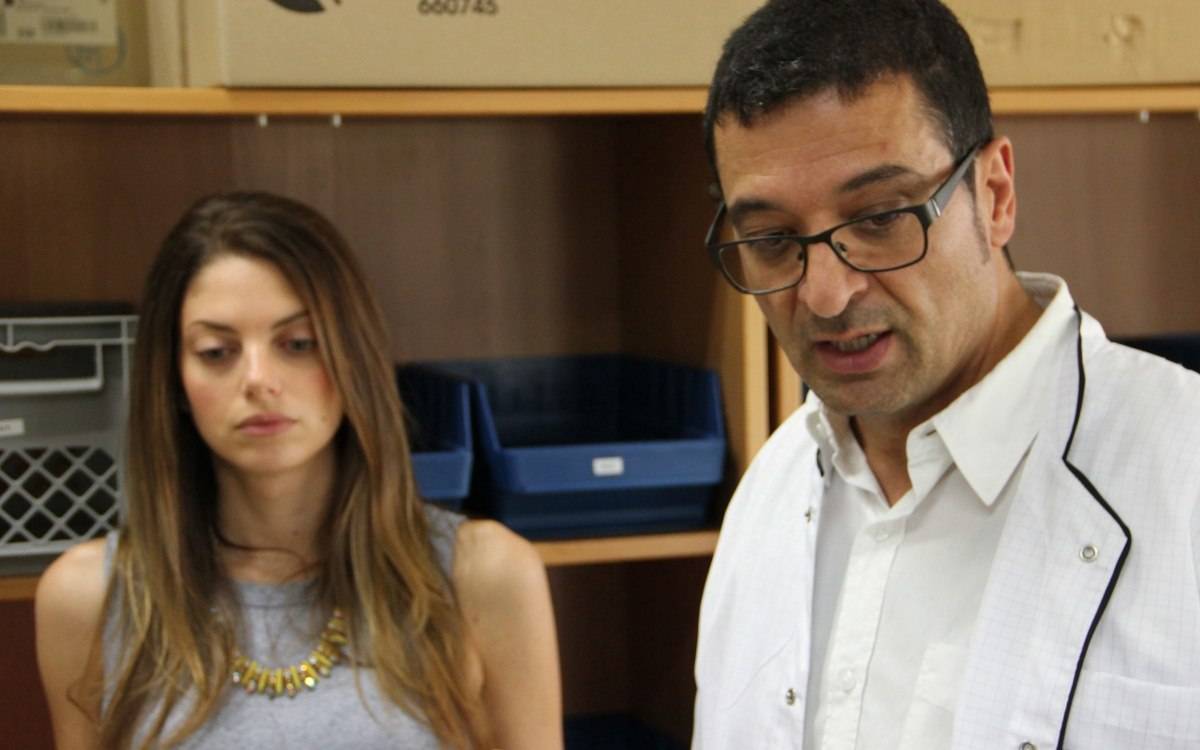 At the helm of APRP, Giulio Papi (pictured above) continues to oversee the development of high-end complications. The company’s Director had one of the unique pieces on his wrist during our visit, the Royal Oak Perpetual Calendar in steel with platinum bezel (pictured below).  While he polishes the bracelet, Mr. Papi refuses to touch the bezel, saying the scratches are “part of its story.” 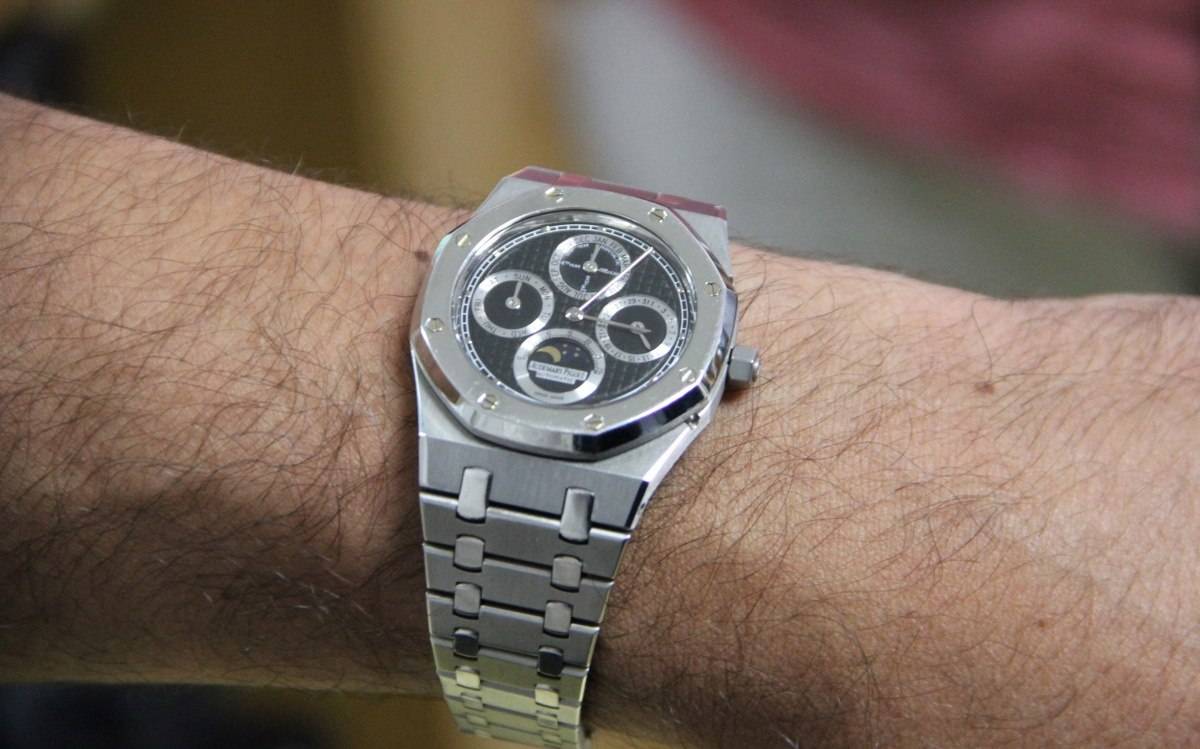 Mr. Papi, also revealed that vision issues were giving him new ideas for the Perpetual Calendar, and his upcoming 50th birthday could be the perfect excuse to update the design with larger indications. 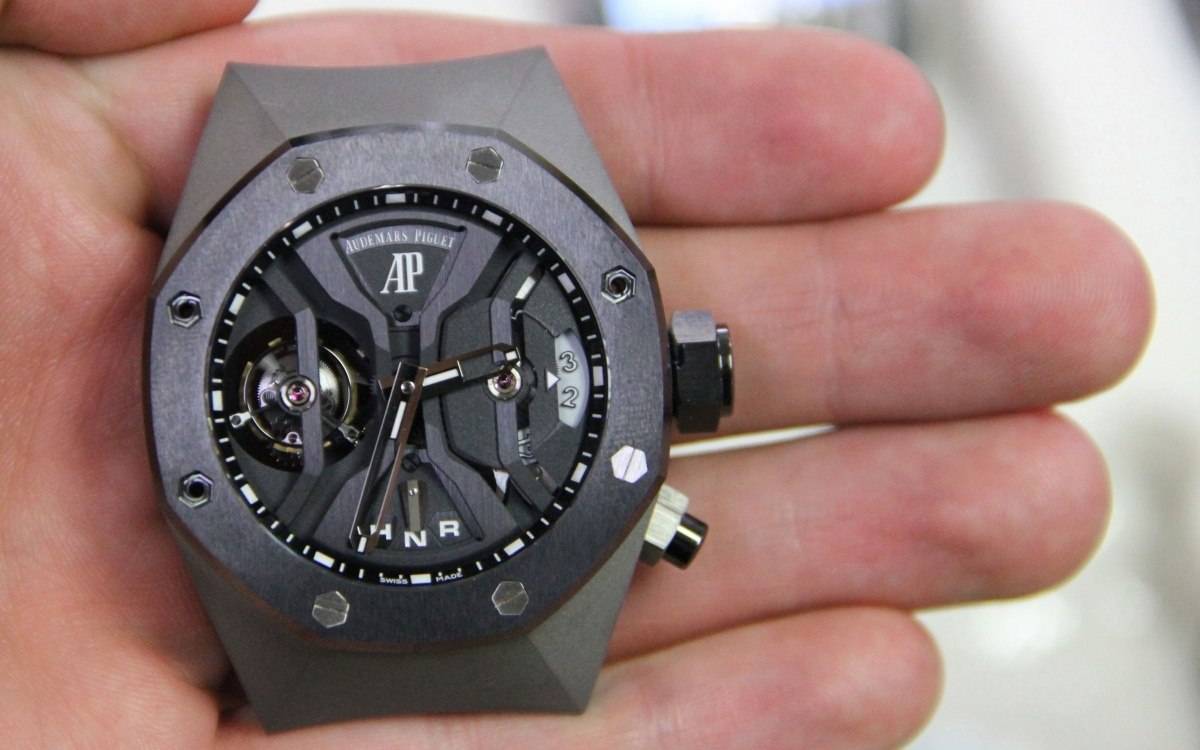 During the tour, Mr. Papi showed Haute Time several Concept models created for Audemars Piguet. The Concept collection began in 2002, when Audemars Piguet decided to launch give the Royal Oak a new, more avant-garde identity. The brand turned to APRP, who came up with the Royal Oak Concept GMT Tourbillon with new movement and black (pictured above) and white ceramic (pictured below). 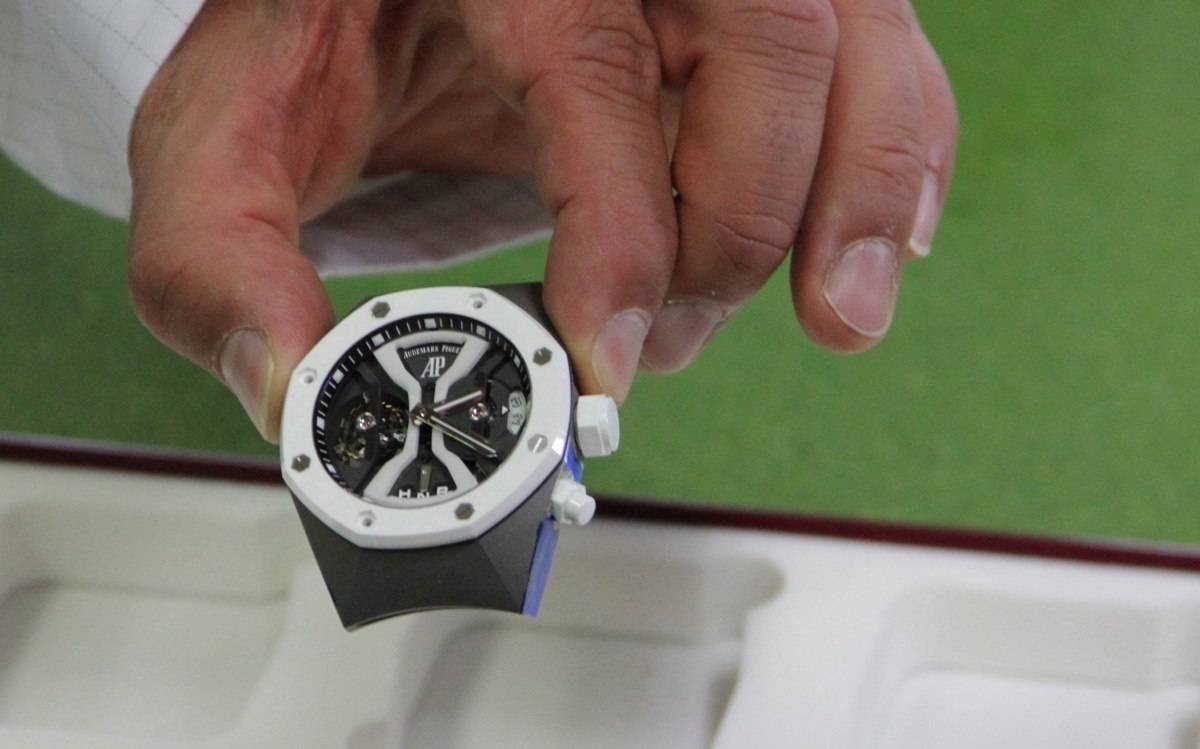 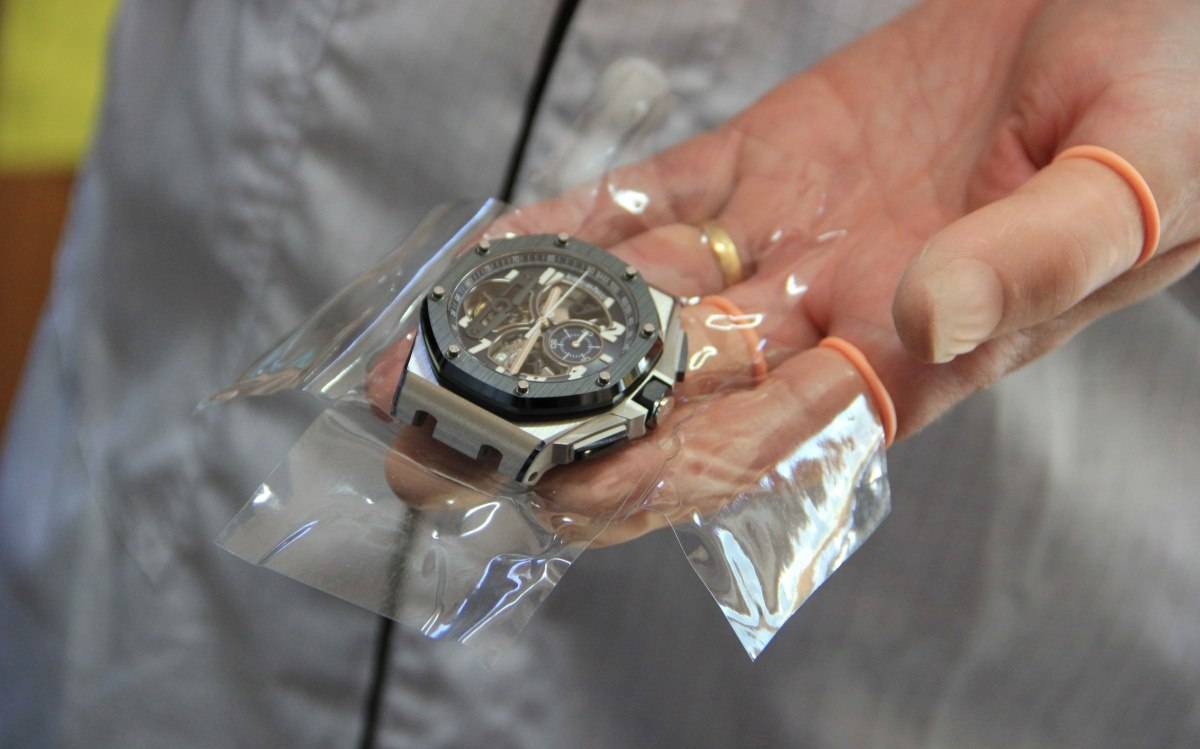 The parts, cut using CNC machines (pictured below) are then manually finished, with polished bevels, grained finishing on top and matte ‘brouillé’ finishing underneath. The case is platinum, with a black ceramic bezel, while the crown and pushpieces are also ceramic. 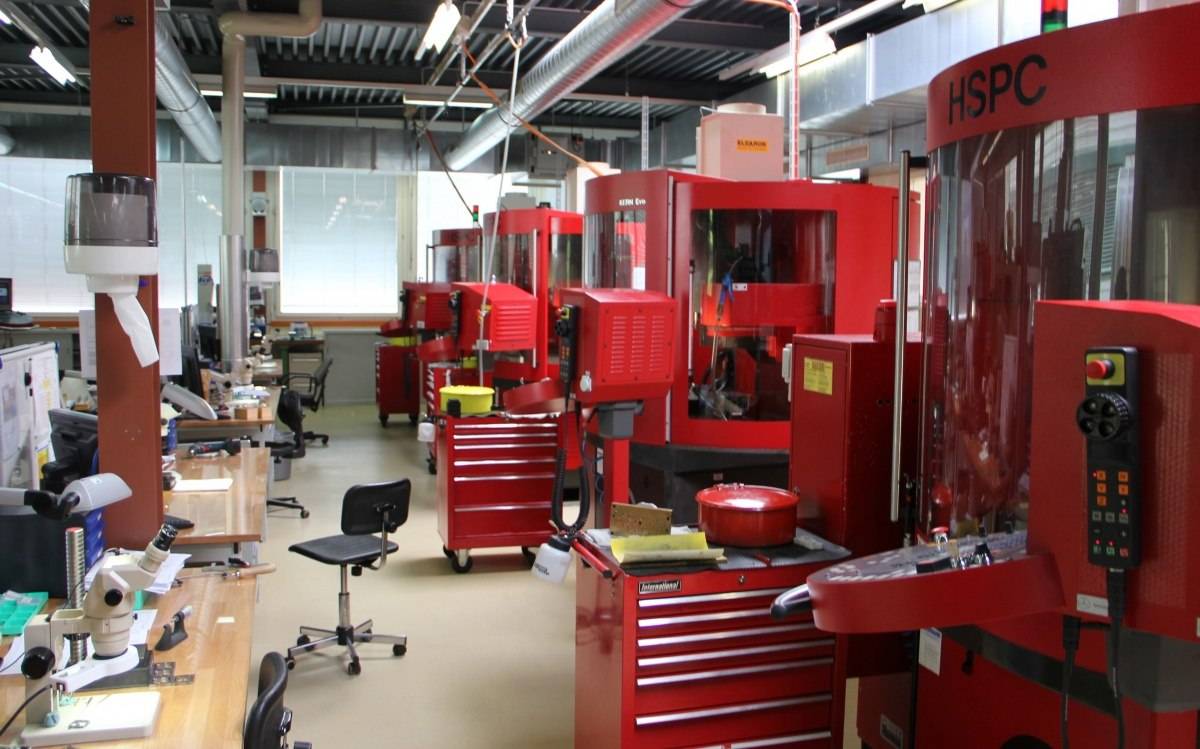 Certain voices have called into question the industry’s quest for innovation, but they are barking before danger.  It’s not about the idea you have, but how you execute it. In that sense, APRP have been making all the right choices, cannibalizing existing markets instead of complementing them. Next up, we’ll see some of the other brands working with Audemars Piguet Renaud & Papi.