Arthur Touchot and Alex Rose face off and discuss their pick from MB&F. How do the HM4 and the Legacy Machine 101 compare? 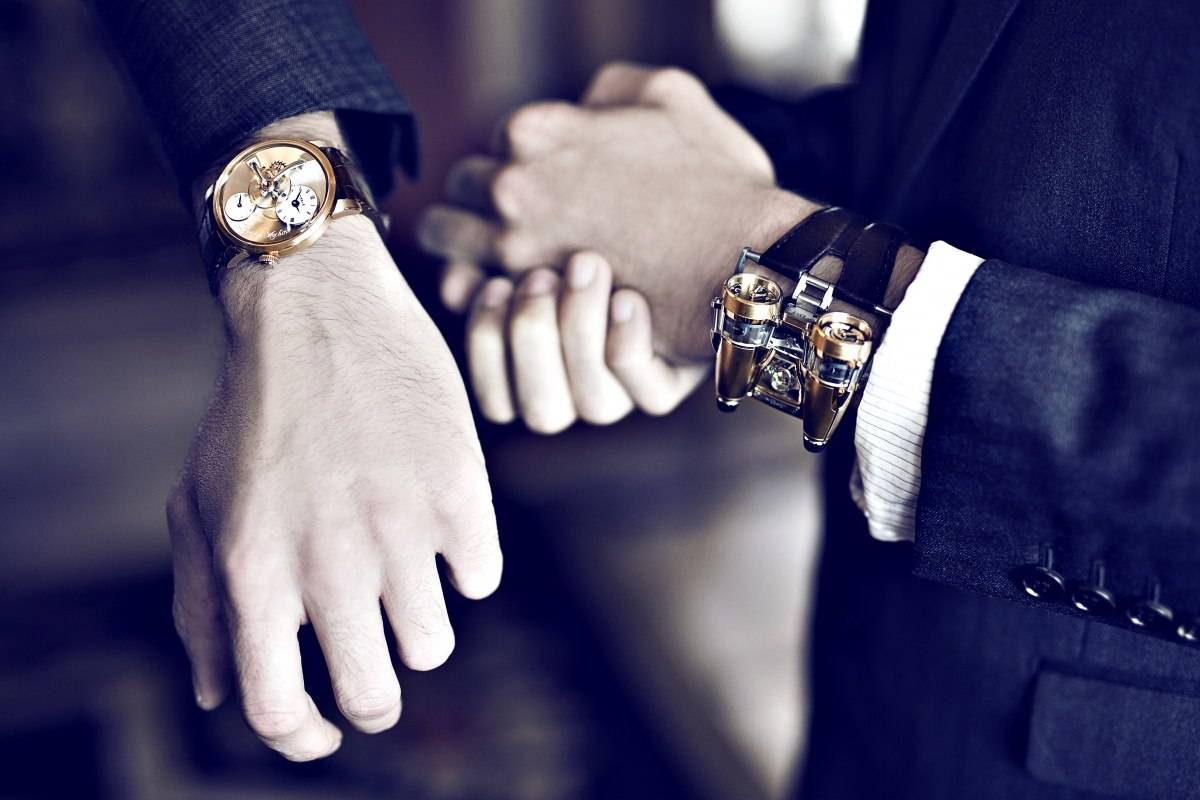 The HM4 necessitated the creation of 300 custom-build components to fit into a never-before seen design. Inspired by a model aeroplane from Max Busser’s childhood, the HM4 took three years to create and many thought watch collectors would shun the entire concept. However, the HM4 has gone on to become the brand’s most successful series and the rose gold version adds a certain regal look.

Verdict: Tradition should always be respected but sometimes you just have to say to hell with it and do something purely for pleasure. For me that’s what the HM4 Thunderbolt from creative Lab MB&F stands for. One of the reasons I’m drawn to this model is its ability to turn heads and divide opinions, the Thunderbolt is a watch for those seeking something different, for those who do not conform to the rules. And I love the fact is simply shows hours, minutes and a power reserve, but involves engineering too complex for most to conceptualize.

Launched in 2014, the Legacy Machine 101 was the smallest and most affordable MB&F timepiece ever made. It’s also the first to feature a movement made entirely in-house, and was so succesful it was soon revisited with the limited edition MB&F LM101 Frost.

Verdict: Don’t get me wrong. I adore the creative genius displayed by MB&F. Despite being restricted to a few millimeters on the wrist, the brand has been able to create some truly remarkable designs lately. And I have a soft spot for watches that need explaining to friends and family because you’re guaranteed a good time showing them off. However, the best stories are those rooted in the past, and that’s why I’m a sucker for the Legacy Machine watches.

Photo Credit: Haute Time. For more information, please visit the official MB&F website. Follow Haute Time on Instagram to catch all of the new releases as they happen.