Formula 1 does share some things with high-end watchmaking: it is all about power and precision. When Bell & Ross renewed their partnership with Renault’s Formula 1 team, they also developed a new collection of three chronographs. They took their inspiration from Renaults latest Formula 1 car, the RS17, which was recently revealed in London and was first put to action in the Melbourne Grand Prix. 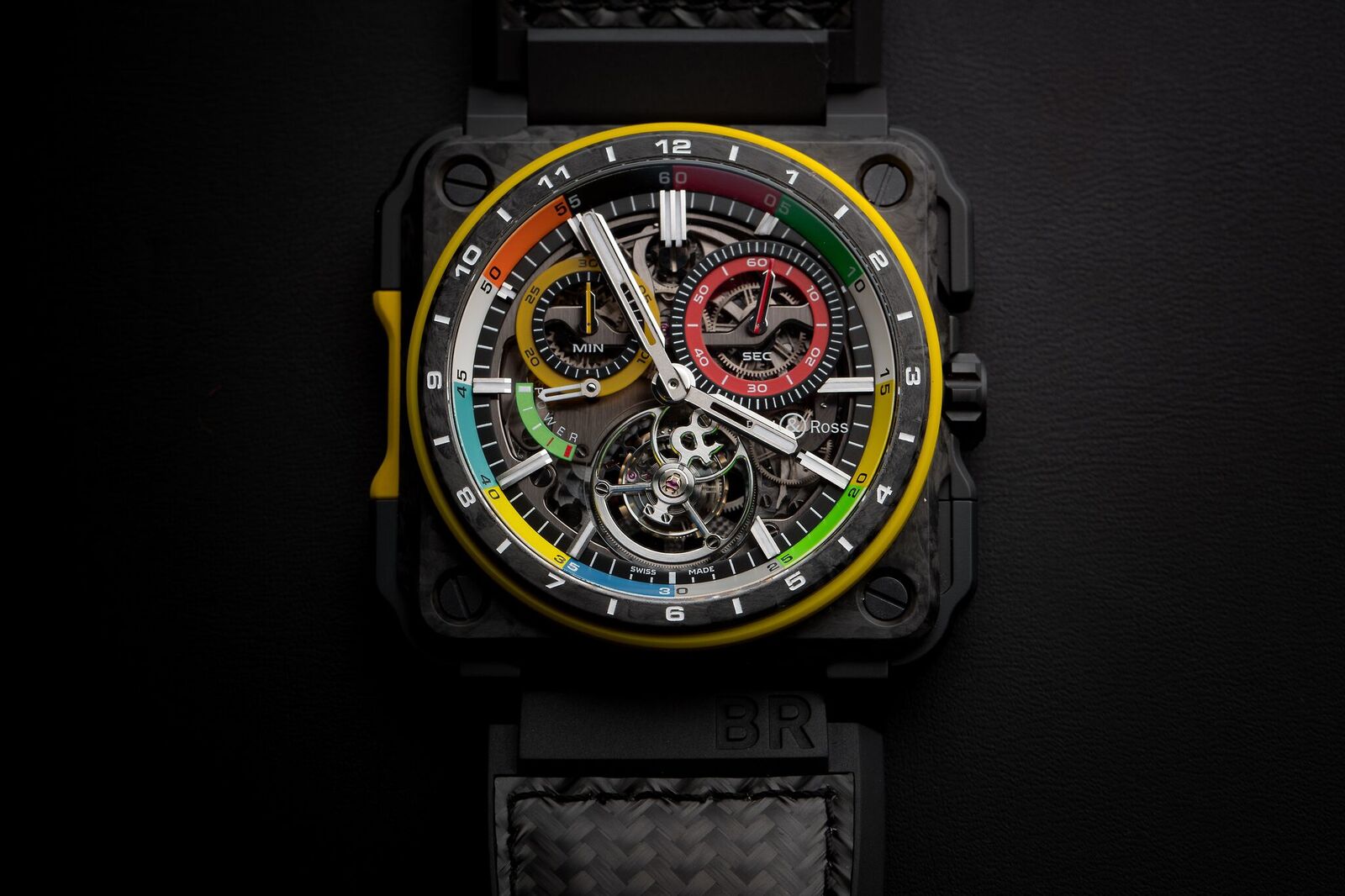 Of the three new chronographs, the tourbillon is by far the most captivating. Not only because it combines a flying tourbillon with a monopusher chronograph, but also because of its unusual color scheme. Instead of going for the black and yellow of the Renault car’s Bell & Ross took inspiration of the steering wheel of the new Formula 1 cars. A bold move, because with all the color coded buttons you can only end up with a colorful watch. 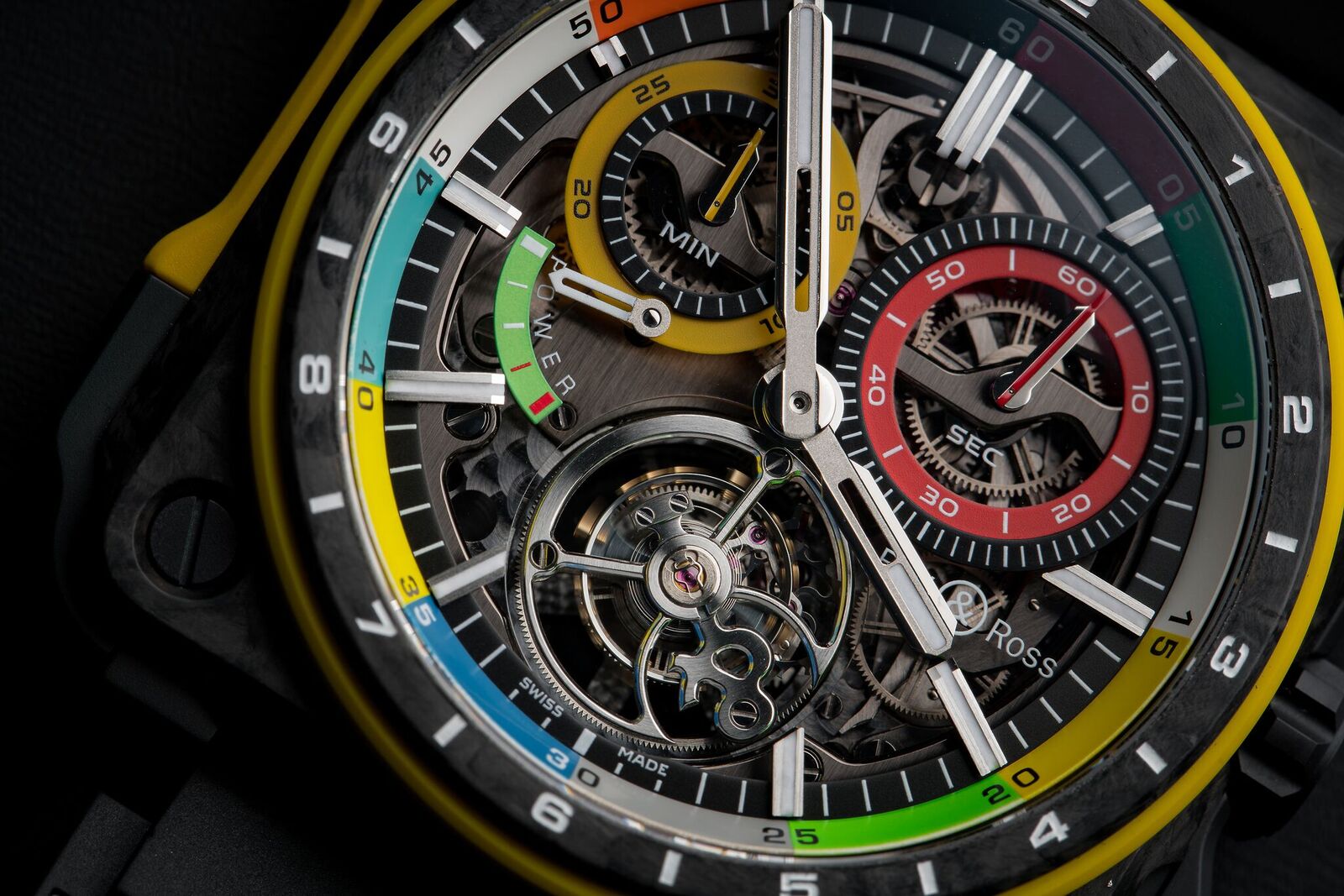 While this may not sound like the best idea, in theory, it definitely works in practice. Yes, the watch is quite colorful, but they give the watch a very dynamic look and certainly invoke the spirit of the high-speed world of Formula 1 racing. Against the black Carbone Forgé and ceramic case with rubber inserts, the colors stand out but don’t take completely over. The chronograph functions can easily be read, and the tourbillon still takes it rightful place at center stage. It also helps that Bell & Ross didn’t go crazy on the strap but kept it low-key in rubber with carbon fiber. 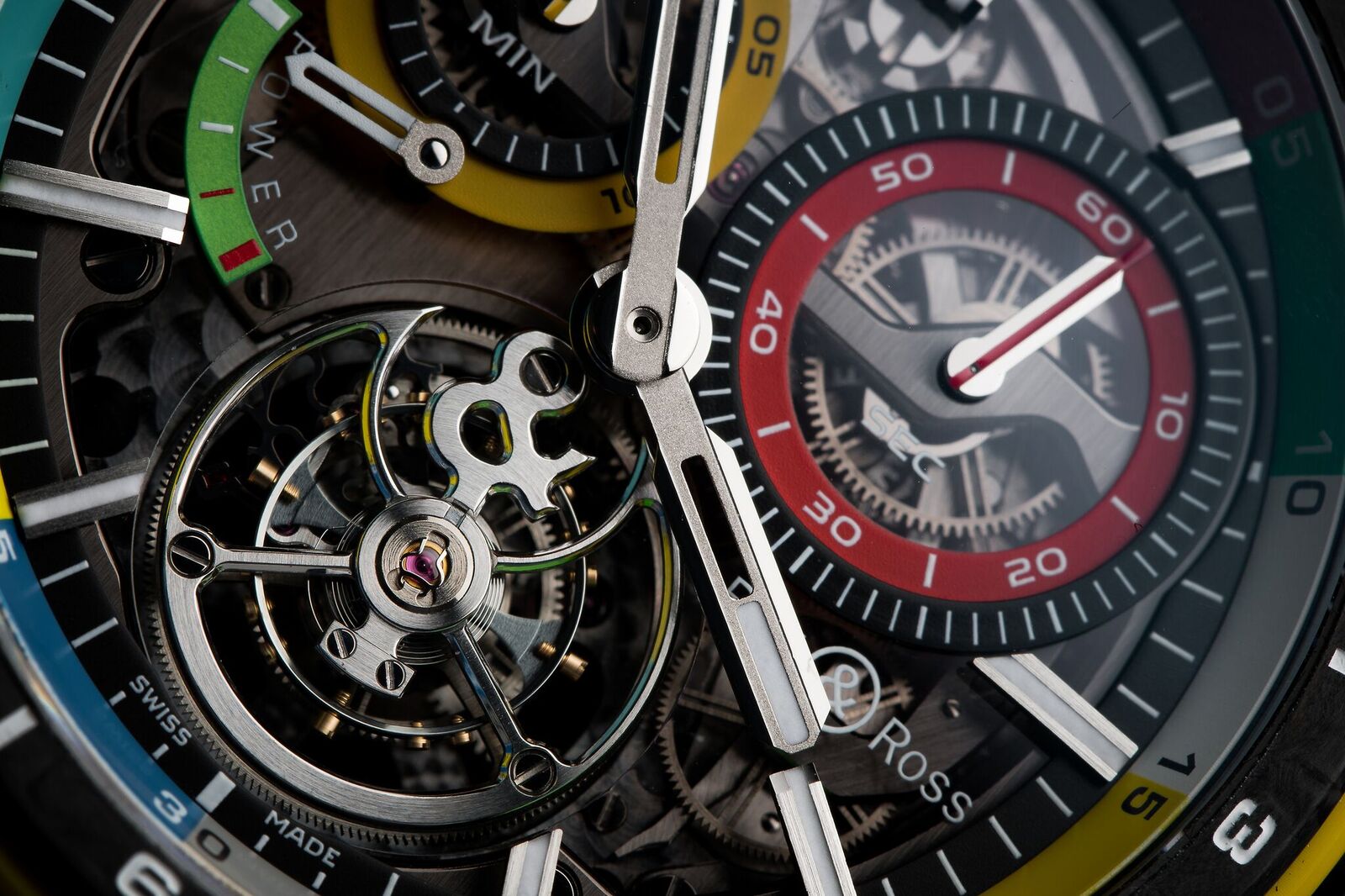 The true power of the BR X1 Tourbillon RS17 is perhaps not even its innovative case or complicated movement, but rather the ease with which it fits into a completely different theme. Initially, the  BR watches gave us an entirely new interpretation of how an aviation watch could look. Highly successful, it redefined Bell & Ross. Now the same case fits seamlessly into the world of Formula 1 racing. This can testify to the strength of the original design, or merely indicate that Formula 1 and high-tech aviation are actually not that far apart from each other.

While the Bell & Ross BR X1 RS17 is also available as two chronographs, it is the tourbillon that stands the closest to the world of racing. Because it combines a flying tourbillon together with a mono-pusher chronograph, it is an outrageous machine, so much like its Renault counterpart. Bell & Ross will make 20 pieces of the BR X1 Tourbillon RS17, priced at $175.000,-.