Rosillo, a lifelong Parisian, entered the high-end watchmaking business determined to join its historically Swiss elite. He founded Bell & Ross with Bruno Belamich in 1992 on a scant $20,000 initial investment. When we met him he was wearing a Bell & Ross WWI Heure Sautante model worth $30,000. He calls it the “prize on his wrist,” and views it as a symbol of an erstwhile underdog’s wild success. 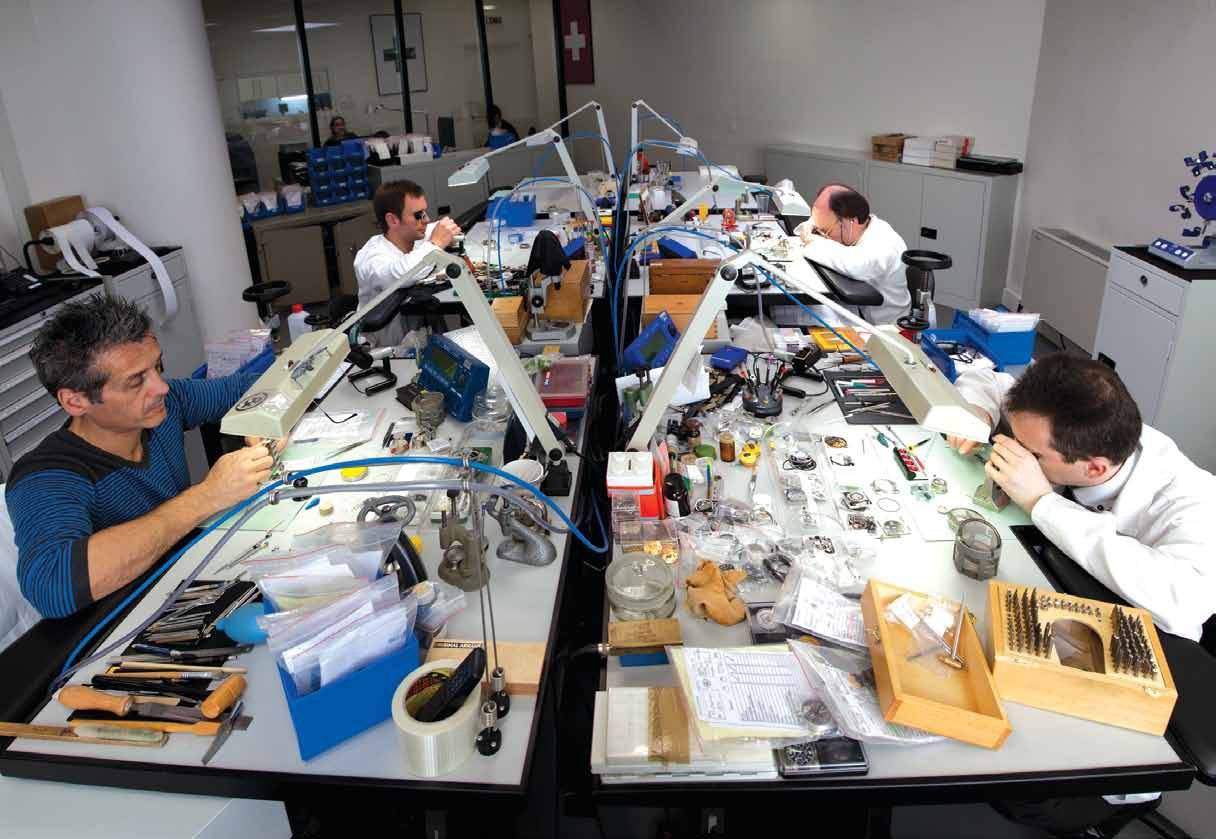 Rosillo’s passion for watches dates to when he was 10-yearsold and began collecting vintage Nikon, Rolex and Jaeger- LeCoultre timepieces. At 15 he befriended fellow connoisseur Belamich, whose taste ran more to the “modern and functional.” He entered the business at an unusually late age after a stint in finance.

The delay proved to be an asset. Rosillo’s business savvy minimized his company’s growing pains and made him a rarity: a watch aficionado fluent in the aesthetic and the practical. Just three years after its debut collection, Bell & Ross caught the eye of Chanel. The fashion house “gave us incredible leverage,” says Rosillo. “Not only did we have a friendly relationship with them, but they knew the luxury market and gave us the framework to confidently control our vision.” 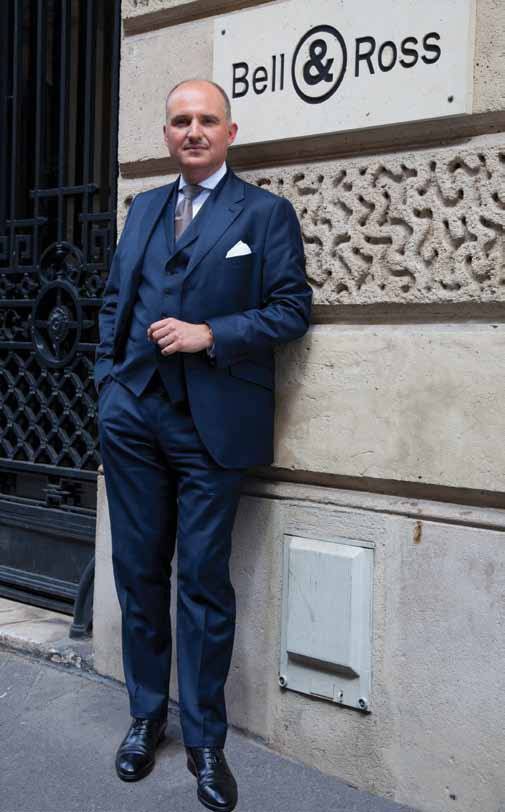 The Chanel partnership yielded a Swiss-based Bell & Ross factory that in 2002 led to its creative and manufacturing autonomy from Sinn, the German watchmaking powerhouse, which Rosillo says gave Bell & Ross “the capacity to go into the business practically without capital,” but which it outgrew. Now, the company claims 800 points of sale in 70 countries and a cutting edge E-boutique.

Success did not rely on a visionary business plan and the Chanel mentorship alone. Impeccably crafted timepieces make Bell & Ross’ meteoric rise seem all but inevitable. Rosillo and Belamich’s longtime dual affinities for the retro and contemporary help explain their company’s timeless appeal. Designs are firmly rooted in the military watch tradition, but manufactured to exacting modern standards. 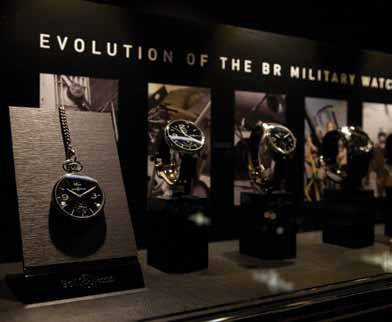 Rosillo’s interest in history isn’t limited to vintage watches. Bell & Ross draws inspiration directly from World Wars I and II, subjects which keenly interest Rosillo. The military watch was born during the First World War. “Pilots said, ‘I cannot go fight in the plane and use my pocket watch, so please affix my pocket watch face to a wrist watch,’” says Rosillo. “After that War every man would say, ‘I’m not going to wear my pocket watch…I’m going to do the same as the pilots, the heroes of the war.’” 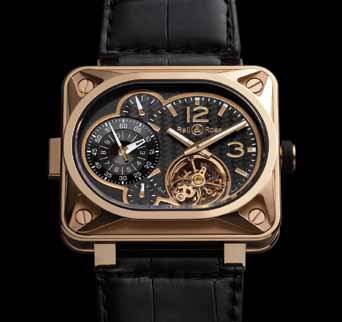 Speaking of wars and flight, Rosillo likens his company’s direction to that of George Lucas’ Star Wars opus. “They began with the sequels and finished with the prequels,” he says. “And that’s what we’re trying to do, finish with Episode I,” by which he means the pocket watch. “We began with the military watch, the central position. Then in 2005 we went with the dashboard,” referring to a line that mimicked airplane cockpit instruments. “Now, we move to the pocket watch.” 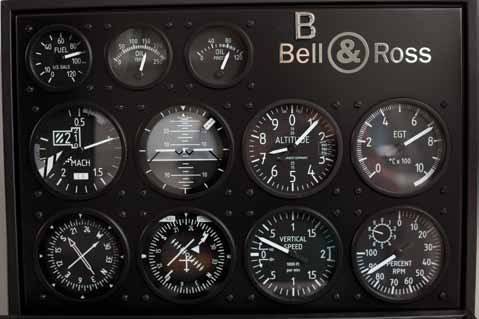 Despite these style evolutions, what really keeps Bell & Ross at the head of the pack is consistency. “When you look at all of our models you see our style, you recognize it immediately,” says Rosillo. “You know what our DNA is.” This coherent vision is propped up by what Rosillo deems the four essential principles of his watches: readability (“four displays…because a high complication isn’t easy to read”), precision (“the tourbillion, of course”), reliability, and functionality. 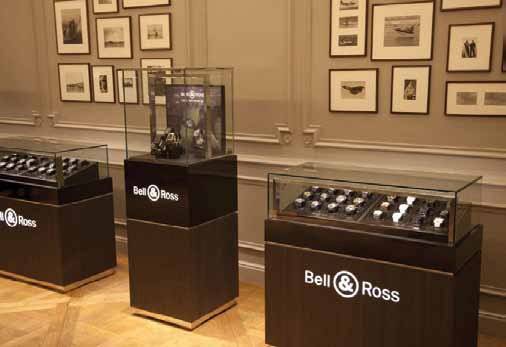 Bell & Ross has found a winning formula and intends to stick to it. Still, its grounding in tradition doesn’t stop Rosillo from indulging quirks (like skull designs that he says “aren’t about Damien Hirst” allusions but are noble symbols of military sacrifice) or from looking ahead: he plans to add more feminine designs and artistic flair.

“At the end of the day, a clock isn’t just functional; it’s art,” says Rosillo. “Art is important in a business. It gives you a perspective you didn’t imagine you could have before, and allows you to offer something very consistent that also is very fun and provides a daily pleasure.”