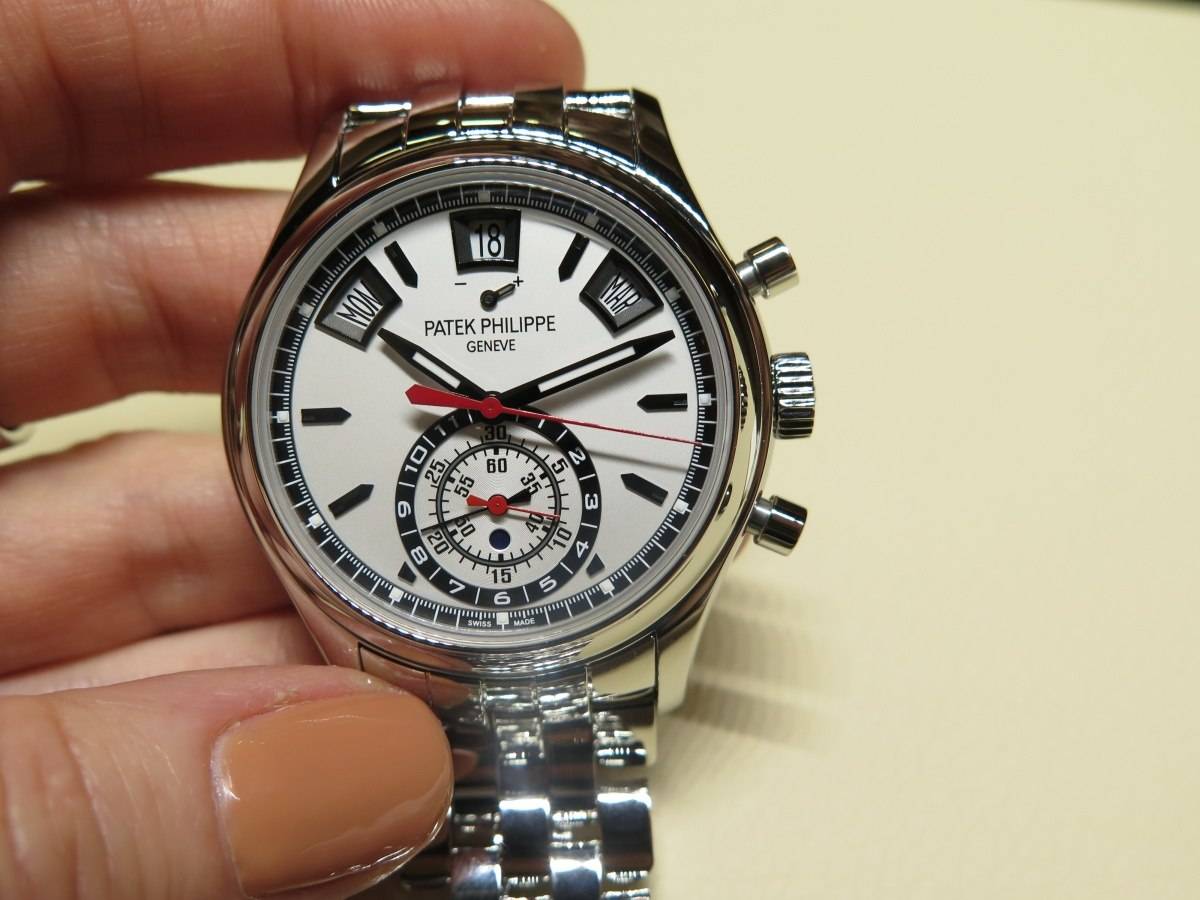 Today was press day at Baselworld, with the fair opening at mid-day to give us a preview of a few brands’ introductions. Among them were new models from Patek Philippe, Chopard, Christophe Claret and Louis Vuitton (which is showing off-site).

The Patek Philippe Annual Calendar Chronograph, Ref. 5960 was originally introduced in 2006 in a platinum case.  Outside the Nautilus and Aquanaut collections, there are few steel Patek Philippe watches. The movement, automatic Caliber CH 28-520 IRM QA 24H, is unchanged, as is the case (except that it is now stainless steel), but the dial has been refurbished and the bracelet, also steel, is new for the brand. The first day of the month is displayed in red and the rest in black. There is also a power reserve indicator and day/night indications. 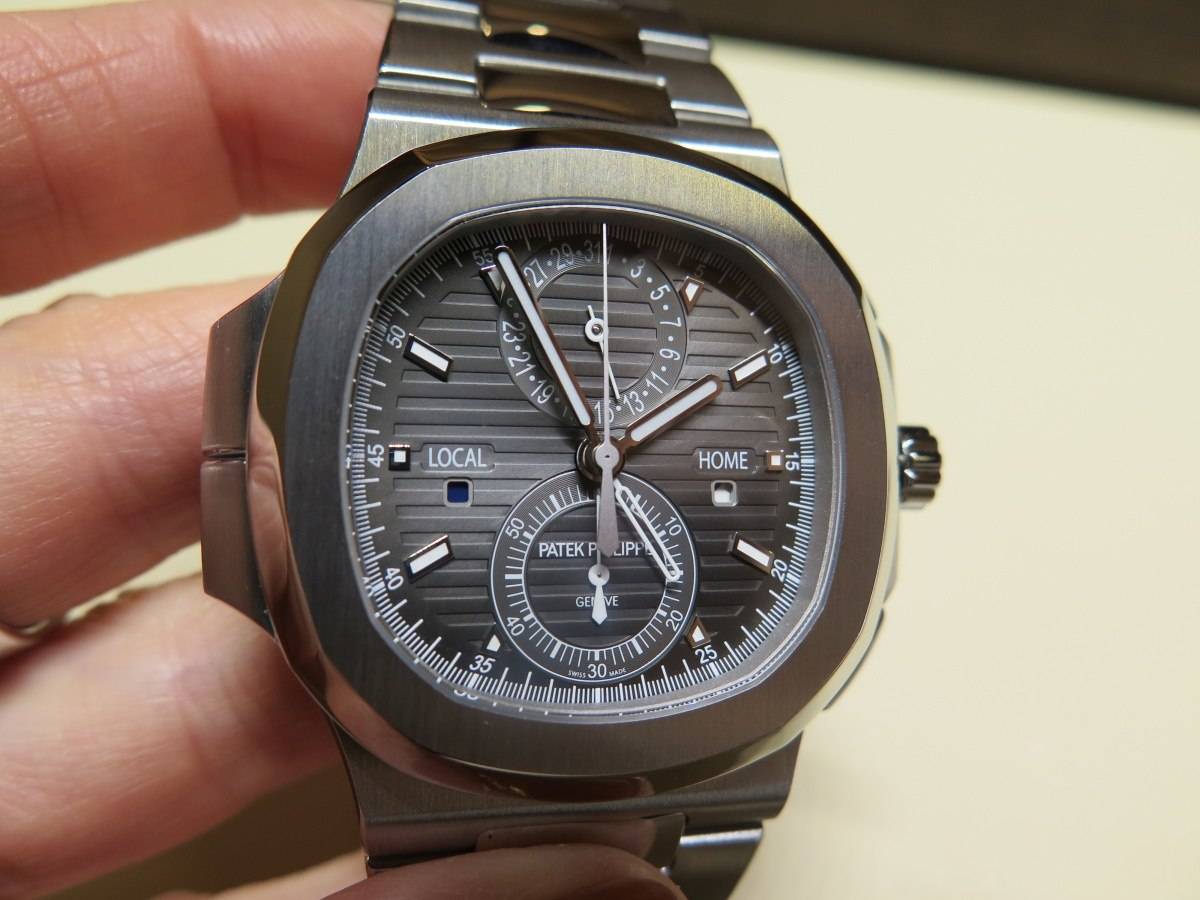 The second of Patek Philippe’s two introductions this year is the Nautilus Travel Time Chronograph Ref. 5990.  It has two hour hands on the same axis. The lower one is skeletonized, and the upper one matches the style of the minute hand. The skeleton hand displays home time while the solid hour hand indicates local time. The hour hand for local time can be adjusted in one-hour steps with the plus and minus correctors on the left case side. If, by mistake, the wearer pushes both forward and back buttons at the same time, the watch automatically defaults to forward. It contains Caliber CH 28-520 C FUS. 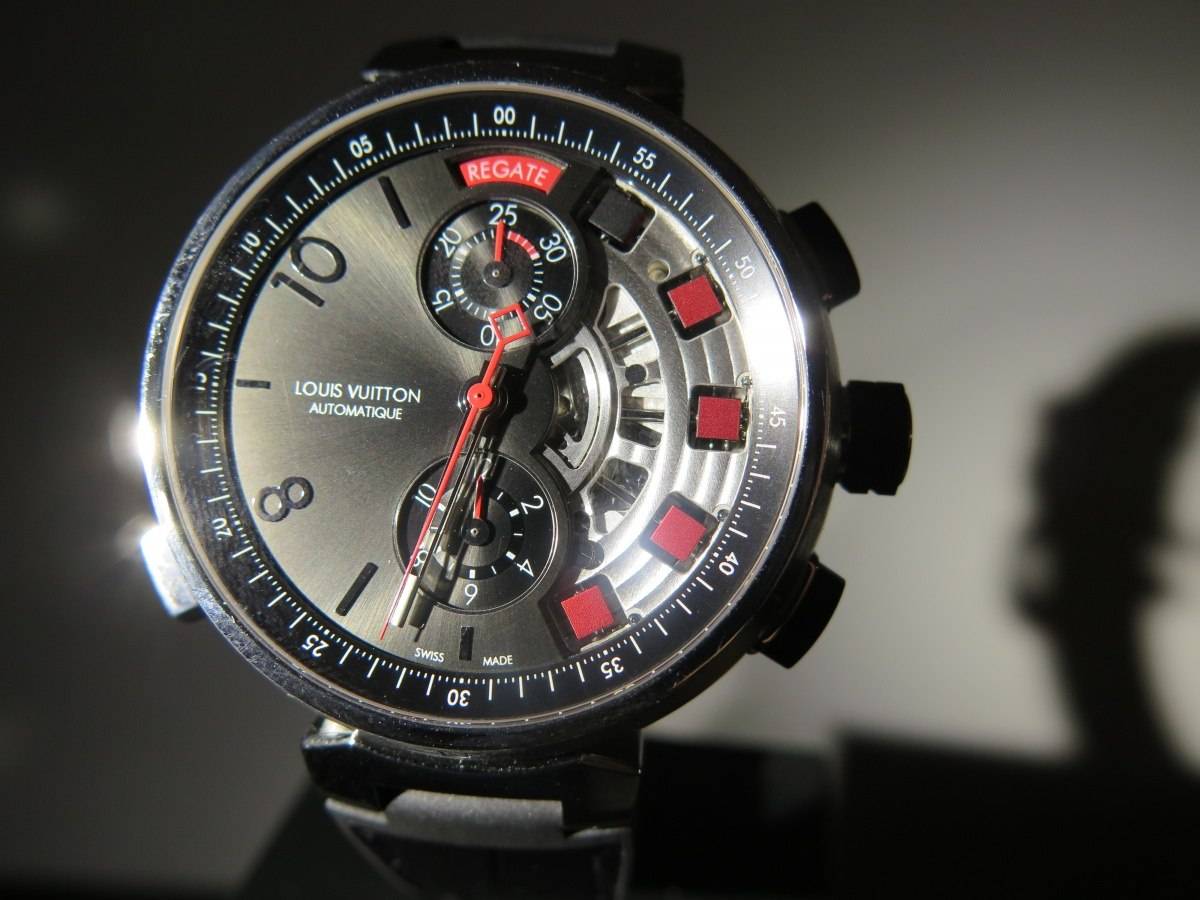 Louis Vuitton Tambour Spin Time Regatta Titanium, a visual regatta timer with a five-minute countdown timer (the new America’s Cup rules dictate a five-minute start). The movement, Caliber LV156 was made by La Fabrique du Temps, and is also a chronograph. The five-minute countdown is indicated on the dial by five rotating cubes. The watch is unique in that the three dials work together to time two races and then track the difference between the two times. 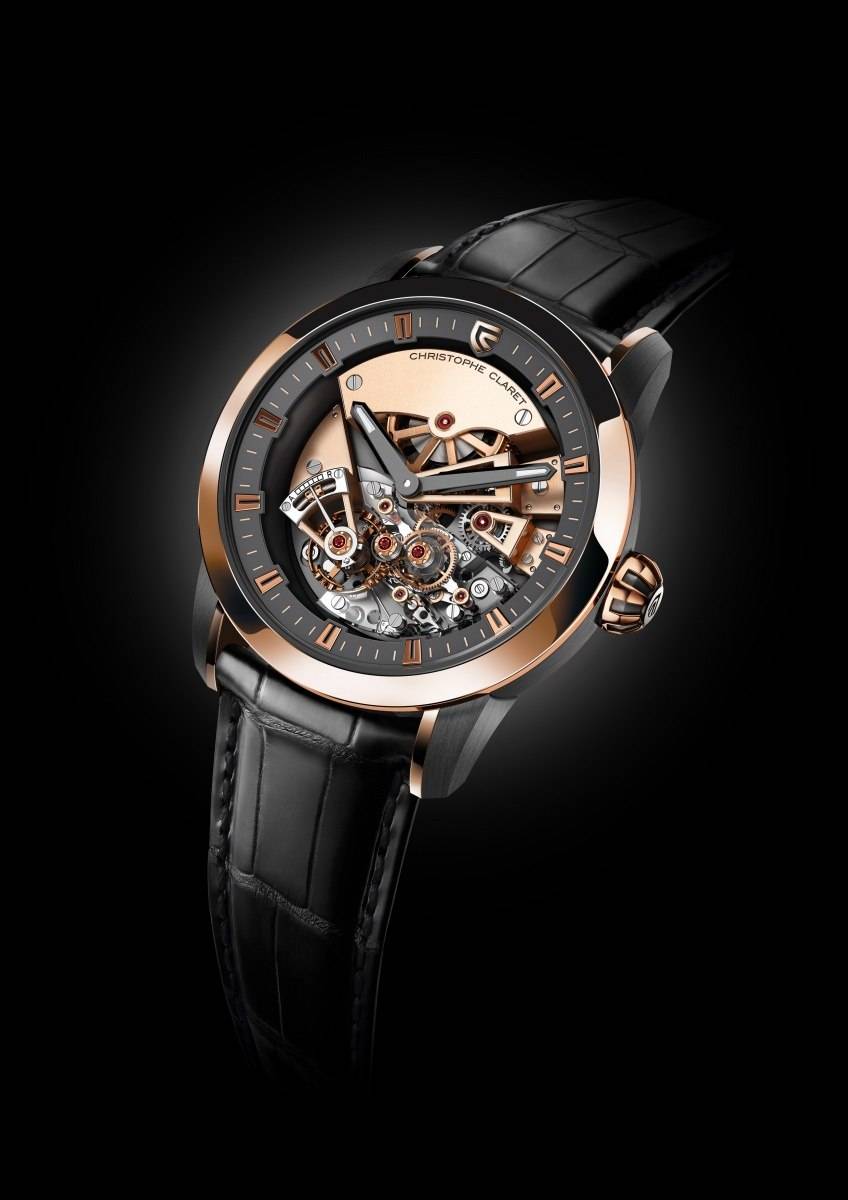 The Christophe Claret Maestoso is a meticulous reinvention of a traditional pivoted detent escapement with a unique cylindrical balance spring. The timepiece, which has three patents, was seven years in the making by the celebrated independent watchmaker. This type of escapement was first used in marine chronometers in the 18th century, mounted on gimbals to ensure an invariable position. It is mounted on stepped bridges in a dramatic openworked movement. The watch is powered by four barrels for an 80-hour power reserve. 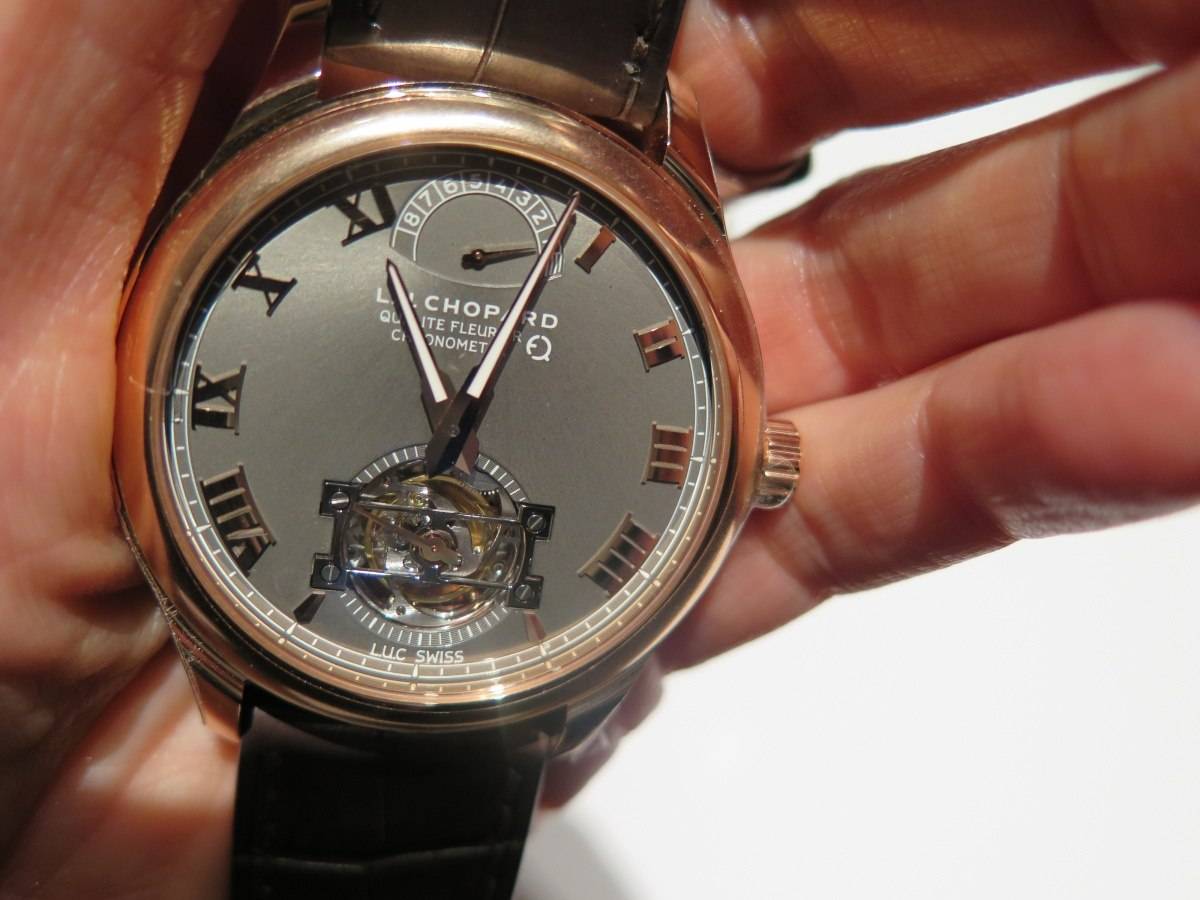 Chopard has introduced a new L.U.C tourbillon which is remarkable not only for its manufacture complication, Caliber L.U.C 02.13-L, but because it is the first men’s watch in the line to be made of “Fair Mined” gold. Chopard’s commitment to sustainable and ethical luxury has led to a partnership with the South American Alliance for Responsible Mining, which works with artisanal miners in the mountains of Colombia. The watch is certified by the Quality Fleurier hallmark, and is a 25-piece limited series.