I was very excited to see Bobby Yampolsky and his team in the Ulysse Nardin Chairman Phone Booth during Basel World. For the past three years they have been investing a lot of time and money into launching one of the most sophisticated and truly fine timepiece phones on the market.

Well, hard work pays off. I can tell you first hand these phone are amazing and work well with the Android Touchtone software. The night before our interview, I had the luxury of going out to dinner with the whole Ulysse Nardin team. From the CEO to the sales reps, everyone had the new Chairman
phone and was using it in Basel without any issues.

The software is up-to-date and Bobby demonstrated one of the coolest features to me while at dinner. He spoke to his phone and told it to text me to meet him tomorrow at 2pm. It worked perfect and I was sold. 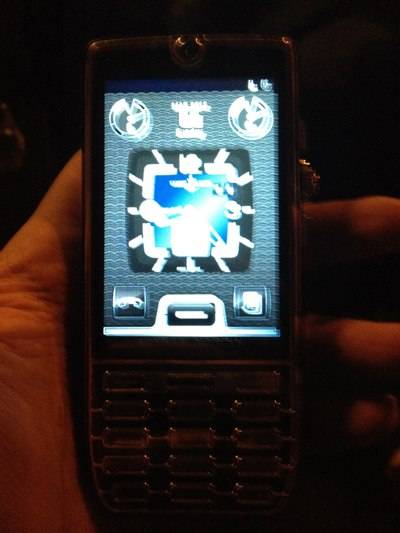 As I mentioned, the phone is on the Android platform, which is a full touch screen in addition to a key pad. On the back of the phone you’ll find a Ulysse Nardin fully functional rotor and a power reserve button that gives the phone energy similar to a watch. It also uses most of the same materials as the Ulysse Nardin watch, with the rubber back, carbon fiber on the front and stainless steel PVD with the Ulysse Nardin Logo on the top.

Another cool function is the number of different Ulysse Nardin watch dials available as screen saver options. You can also change the colors of the phone’s keypad from white, blue, red and more.

The docking station is another cool feature that includes drawers, speakers and an area to store all your info, as an alternative to a computer. The wood cabinet makes it an eye-catching piece that can be stored in your office desk. 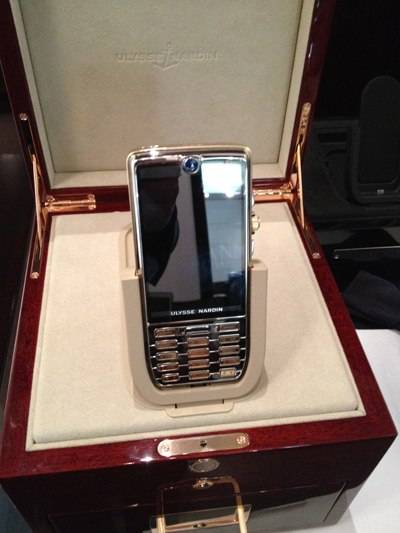 With only 1,846 pieces, the introductory level phones are found in stainless steel and run about $14,100.  The next phones, the new Stealth Collection, are the most popular and about 20% higher than the stainless steal collection. The Stealth Collection comes in four variations: The Tuxedo phone in black and white, the sporty black and red, the bright black and yellow and the most popular, solid black on the front with black carbon fiber on the back. 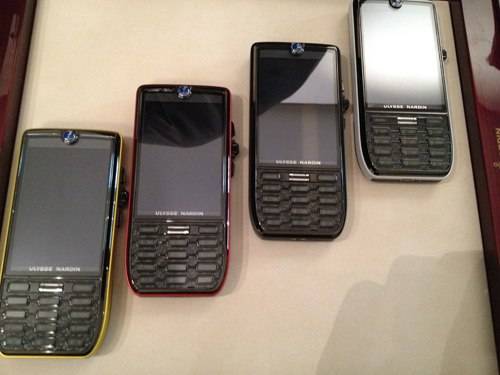 The next pieces, the Precious Metal Collection, were  the most expensive. One of the pieces he showed me was a 18k Rose Gold phone with gold elements in the back and black rotor. This special piece runs upward of the $50k price point. He also showed me the Diamond Collection Phones, in 18k White Gold, which after taking almost two months to set up, runs $130,000 to $170,000. 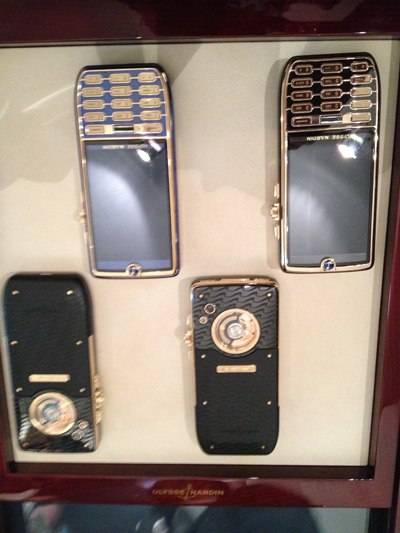 After years of hard work, it was a huge honor for Bobby Yampolsky and the team to show off the phones. They started shipping them in 12 markets back on January 13 and plan to be in over 70 points of sales worldwide and in all Ulysse Nardin boutiques worldwide, including the two U.S. locations in Boca Raton and Aventura Florida.

The day before, I had an exclusive interview with Ulysse Nardin CEO Patrik P. Hoffmann. During our conversation he took a call and I saw he was also using the phone himself. You can tell he loved the phone and as they say, seeing is believing. I know I can attest that these phones are on the market, they work wonderful and the response has been amazing.

Neglected Female Market Is The New Target of Watchmakers Reuters

Swiss Watchmakers Move Onto The Fragrance And Smartphone Industries