My next meeting after Urwerk was with Christophe Claret. Wow, is all I can say!

He gave me a first look at his watch that is a huge talk of Basel, the Christophe Claret X-TREM-1. The watch is next level and he is pushing complete boundaries with this creation. 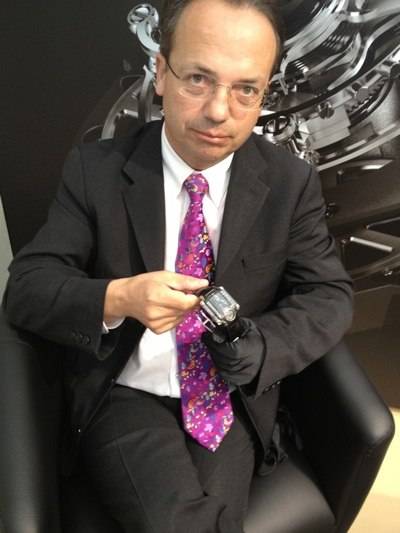 The watch is a flying tourbillon 30° tube mounted on a titanium plate and three-dimensional features of the hour and minute retrograde conceptually different than any watch I have seen before. The watch has two tiny hollowed steel spheres, isolated within sapphire tubes on the left and right sides of the case-band, compared to his favorite and personal car the Porsche 911. They float up and down, accurately indicating the hours and minutes, with no physical connection to the mechanical movement that regulates their routes.

On the back of the watch, it is dual power to deliver optimum delivery of power across the timepiece. I love the movement, which is tourbillon, with their own independent energy supply drawn from two separate, hand-wound barrels. 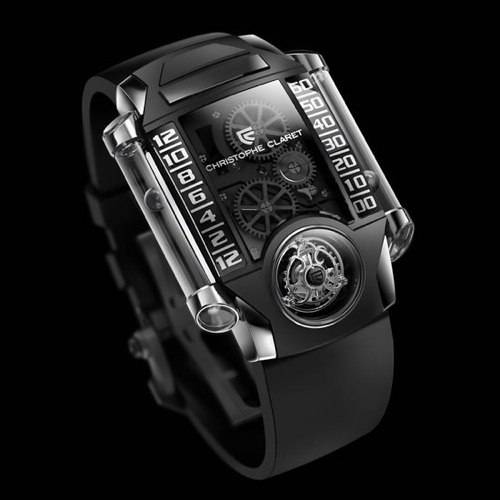 The watch retails over $250,000 and he made only eight of them, so if you have this piece, you will be the talk of the town.

Christophe Claret is a very cool guy. He also made watch for card players, following up his last year’s Blackjack watch for Bacaret players. When I asked him where the buyers were coming from, he said mainly Asia, Europe, Russia, Middle East and the United States. He builds watches for the rich, so he knows the market well and is not scared to go outside the lines and deliver a piece for the ultimate watch buyers.

Check out the video of Christophe Claret’s amazing X-TREM-1 creation below.