1.  Tell us some of the most exciting developments at Richard Mille today?

You can always count on Richard Mille to do something completely unexpected, and this year he’s doing a lot!  The most talked-about timepiece at the SIHH watch fair in January was the RM 056 Tourbillon Split Seconds Competition Chronograph, otherwise known as “The Sapphire Watch.”  The entire case is carved from three blocks of sapphire crystal!  And, it has a very complicated movement inside.  Only five of these watches will ever be made, and we had customers for all of them by the second day of the fair. 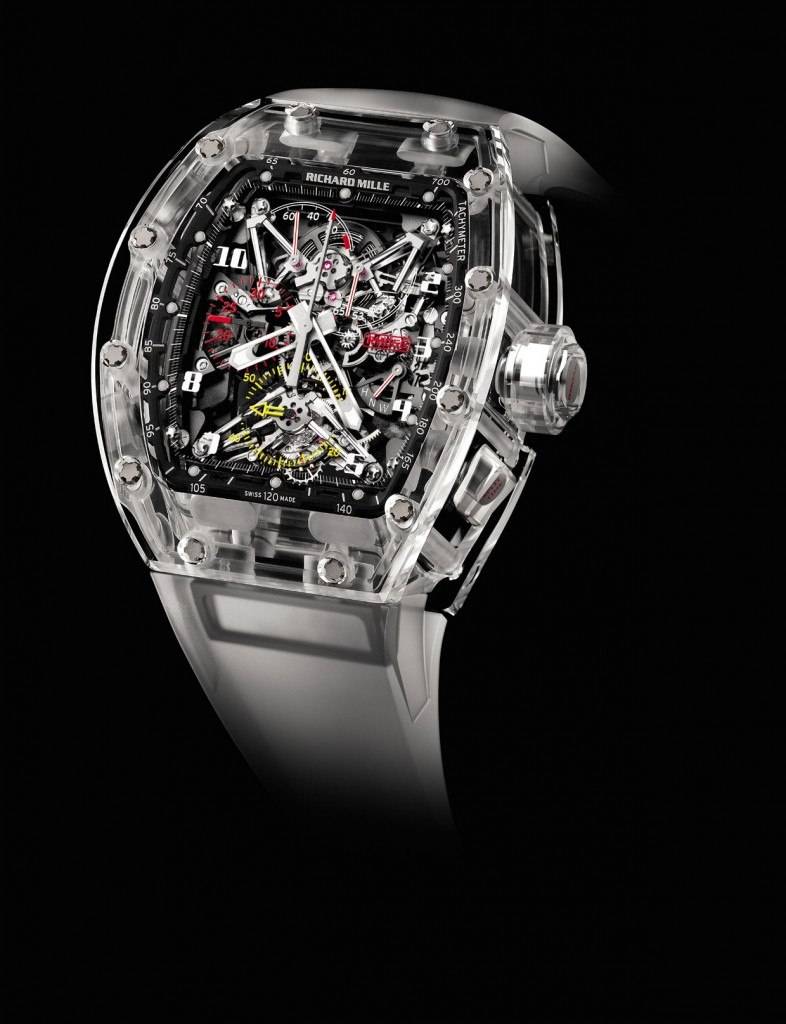 At the other extreme, in terms of fragility, is the RM 053 Tourbillon Pablo MacDonough.  Pablo is the top-ranked polo player in the world and our brand ambassador.  This watch is made for him to wear during polo matches, so a unique titanium case and shock absorbers for the movement keep it protected it from violent hits.  And I’m really excited about the RM 052 Tourbillon Skull, where the skull IS the movement! 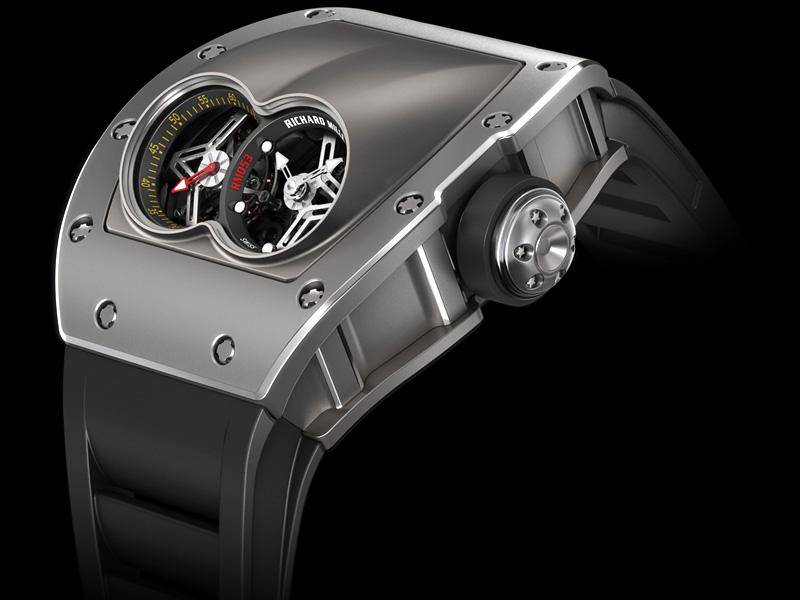 I wear the RM 025 Tourbillon Chronograph Diver’s Watch, which was Richard Mille’s first round watch. 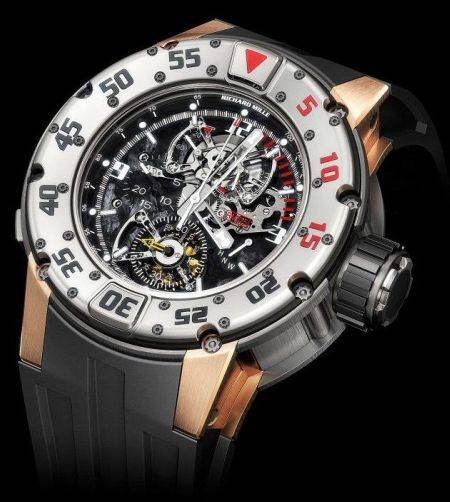 And when I wear jeans, I wear the RM 020 Tourbillon Pocket Watch in titanium. 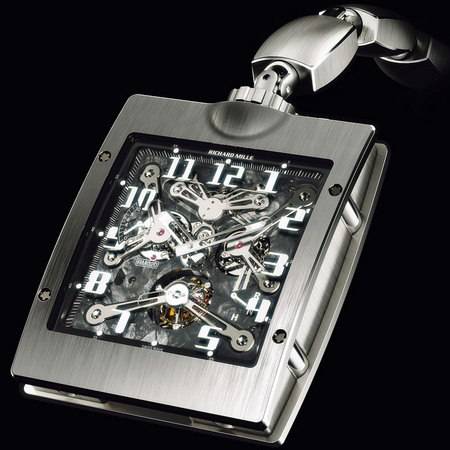 3.  If money was not a concern, which Richard Mille would you recommend to a customer?

It would definitely depend on his or her taste and style.  But the new Tourbillon Split Seconds Competition Chronograph RM 050 Felipe Massa is an incredible machine.  The skeletonized movement consists of two of the most difficult complications to combine in a watch.  And just to add to the difficulty, Richard Mille is making this watch for Felipe Massa to wear during his Formula 1 races, so it has to perform even when Felipe subjects it to crazy G forces!  For strength and lightness, the case is made of a carbon nanotube injected composite.  It’s a limited edition of 10 pieces only. 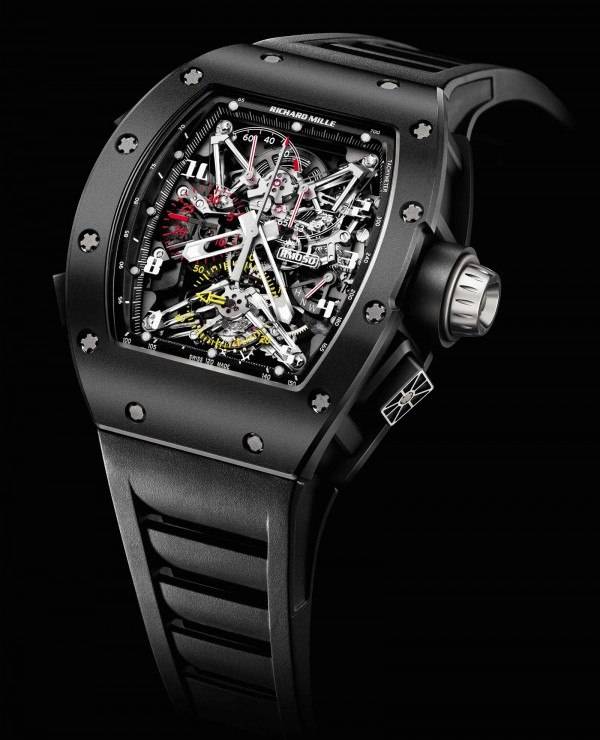 4.  For movement, what watch do you produce that you are most proud of?

I have to mention two, for two very different reasons.  I am really proud of the new RM 037 unisex watch, which contains the first movement designed entirely in-house by Richard Mille designers (caliber CRMA1).  Its skeletonized, with gorgeous finish work, and since the watch does not have a dial the wearer can easily view and enjoy the movement. 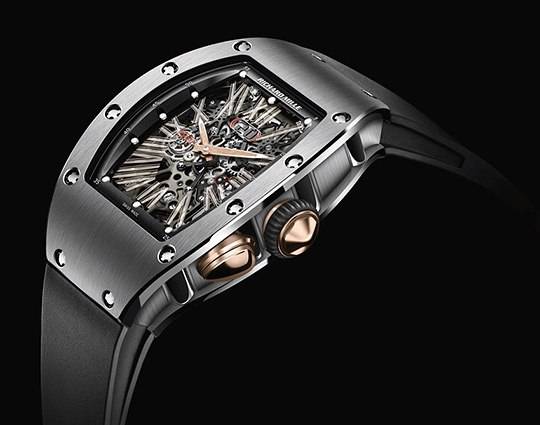 But of course there is the RM 027 Tourbillon Rafael Nadal, which is not only the lightest tourbillon in the world, but the lightest mechanical watch in the world!  This is the watch that Rafael Nadal wears during every tennis match, so it had to be made ultra-light, and incredibly strong too!  You asked about the movement, and the movement in this watch is completely made in the spirit of a true Formula 1 race car engine.  Those vehicles employ advanced materials to get the best results, and there isn’t room for any excess at all.  The movement in the RM 027 is made from titanium and a lithium alloy, which previously was used in the construction of satellites, the Airbus A380 and Formula 1 cars. 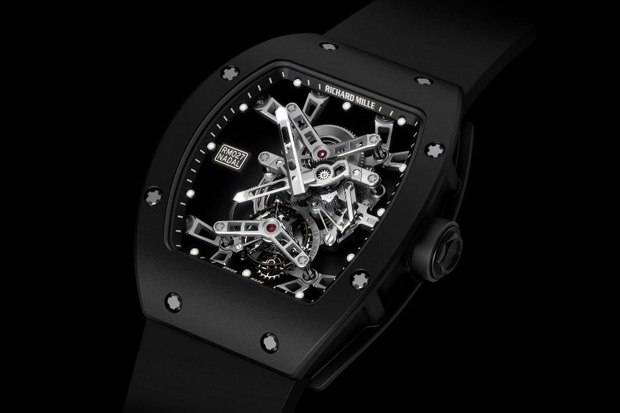 All of the above, and Vertu too.